... it can do things that sight and sound just can't manage - like evoke a memory. When I was a kid we used to live with a rail track at the bottom of the garden. It was towards the end of the steam age but I have memories of standing on the over-bridge at Kings Cross station full of steam locomotives, of camping in a tent in Scotland and listening to the night express whistling in the distance and taking a trip to Devon on a steam train.

Those memories didn't come back when we decided to ride the train today, nor when I saw the locomotive steaming at the ready, nor when I heard the whistle blow, or the engine puffing away. No, the memories came when I was seated in the carriage and a whiff of coal smoke drifted in through the window - that's what sparked the memories. 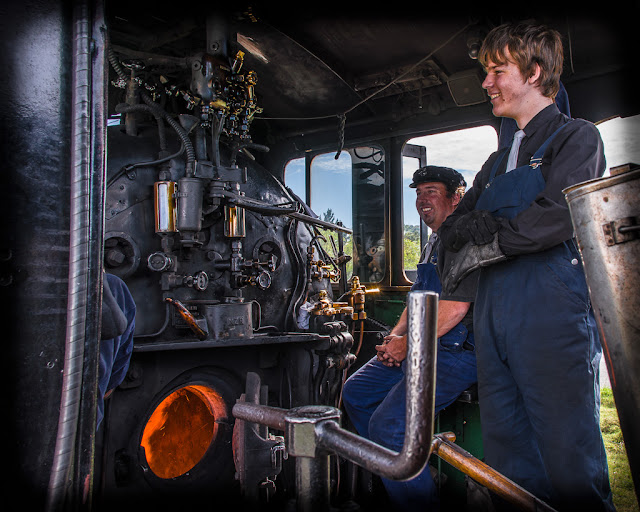 Happy engineers building up a head of steam prior to leaving Glenmark station. 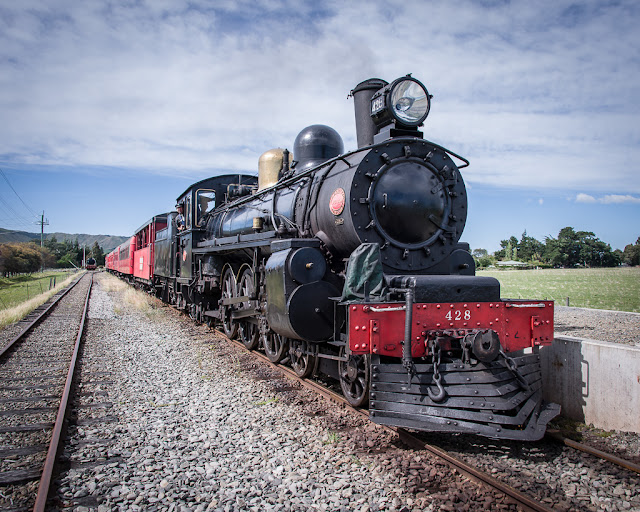 Unhappy engineer telling stupid photographer to get off the tracks. 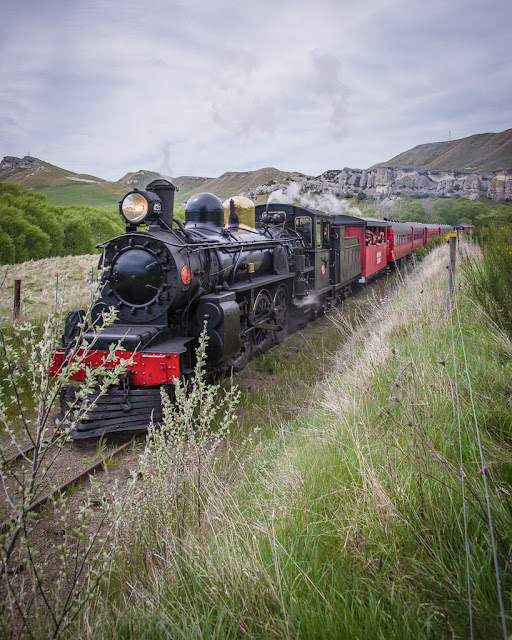