Bowl No.1 is probably worth about $2.50, which is roughly the value of the loose change it currently contains. It also has some torn grain and a nick in the rim where it hit the floor after I failed to catch it when it came off the glue-block. Bowl no.1 was a learning experience.

Bowl No.2, is in another class; not perfect by any means but, for something originally out of the firewood pile, it has a certain Pygmalion simplicity and charm. It was, initially, a rather gnarly piece of burr which had the lathe going walkabout, until the out of balance bits got cut away - all a bit scary really.

I've come to the conclusion that woodturning is like playing the guitar - fairly easy to do, but very hard to do well - I'm still in the easy part; rather surprised that something recognisable has come off the lathe, but beginning to wonder how long it will be before I stop creating pieces with so many imperfections.

Yesterday, next winter's firewood got delivered. So the woodpile is restocked and I noticed several pieces of nicely coloured Black Beach. Not sure how it will turn but I think I can feel bowl No. 3 coming soon.
Posted by David Ford at 8:04 PM No comments:

Actually, it was only 750rpm when the wood was all angles and the chips were flying, but it soon got to be round and the speed went up.

Looking back, it seems rather odd that I managed to get to 70 years old without having ever turned a piece of wood on a lathe. But there you go, having given away most of my woodworking gear when I got sick and didn't think I would ever get the chance to use it again, my new lease on life has seen me get an old lathe to play with. One grotty piece of firewood, a fist full of revs and a brand new carbide cutter later, and I have a woodworking mallet (all rather meta, perhaps?) 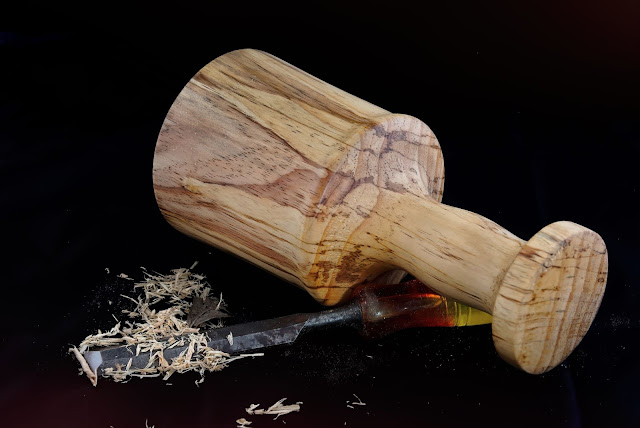 As a first effort, I'm quite pleased with the result. It's probably the most expensive mallet in the world at the moment, and I have no idea what wood it is made from (firewood?) but it looks good and it felt good in the hand when I cut it off the lathe.

And I discovered something else, woodturning is quite a therapeutic process; almost meditative. It demands your absolute full focus - firstly to manage the tools, secondly to achieve the form you want and third to keep safe. (Not that woodturning is dangerous in the way that jumping out of an aeroplane is dangerous. But wood, turning at speed, can do a lot of damage if it comes loose, so protective headgear is a constant reminder of the risk.) Anyway, I best go and rummage in the woodpile again and see if I can find a bowl, or a platter or a lidded box.
Posted by David Ford at 2:40 PM No comments:

I’m a Topaz fan, but Topaz are over-hyping their latest product, “JPEG to RAW AI”. It’s a deceptive title which has a lot to do with marketing and very little to do with reality. The program does try to make the best of a file in the JPG format, but does it create a RAW file? Emphatically not. Not even close.

This is a shame because, after forcing myself to ignore the hype and stay with the testing, I did find a program which is useful, even though it doesn’t do what it says on the tin. Here’s a look at what it can do.

Sometimes, all you have is a JPG file and no amount of wishful thinking or regret will get you the RAW file that you wish for. Some of us develop strategies to get the best out of these JPEG files, some just give up and go take another picture. But now, JPEG to RAW AI does bring something extra to the party. Whether it is extra enough to be worth paying nearly US$100 for is another question.

I did tests; lots of tests. Here is one test that is fairly indicative of them all. The original JPG file was well exposed and taken at a low ISO. Nevertheless, the results are not that pretty - this is a screenshot of a portion of the picture at 200% magnification. As you can see, it’s fairly ‘gritty’ with both JPEG artefacts and noise. On an arbitrary quality scale of 0-5, I’m going to score this at the bottom = ‘0’ (the best sample will score a ‘5’). (You may need to view the pictures larger to see the differences.) 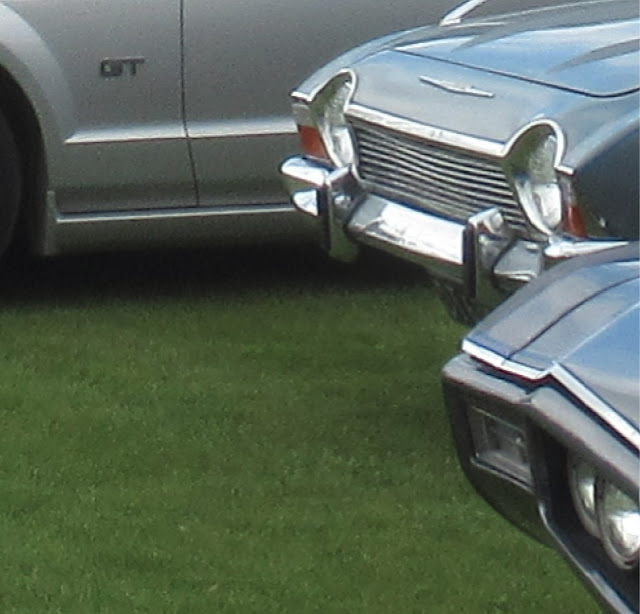 In the second screen-shot, I applied just enough noise reduction to remove the ‘grit’. I used Topaz DeNoise 6 on a fairly low setting and then added a bit of sharpening. It’s better, the grit has gone, but now the grass is turning to mush. This is the typical noise reduction tradeoff and, depending on your personal preference, may raise the quality score to 1 or maybe a 2. 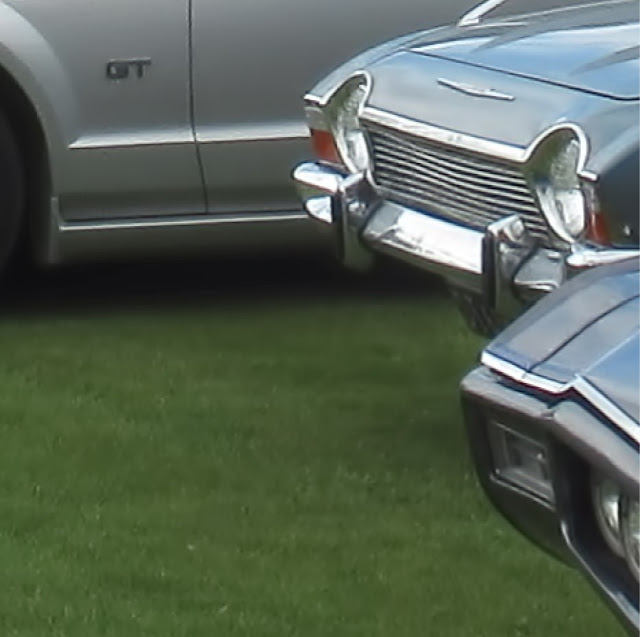 The third screenshot is what I usually do with JPEG files, I use Topaz AI Gigapixel to reduce the file size by 50% which removes most of the grit, and then enlarge by 200% which restores some clean detail using Topaz’s AI algorithms. Finally, a touch of DeNoise 6 deals with any small amount of remaining ‘grit’ while also taking the edge off of AI Gigapixel’s aggressive sharpening. The result is much better all around but, at 200% magnification, some ‘staircasing’ is evident and the very finest of detail has been lost - this is almost invisible at normal viewing magnification. For me, this jumps the quality score up to about a 4 and produces a usable file 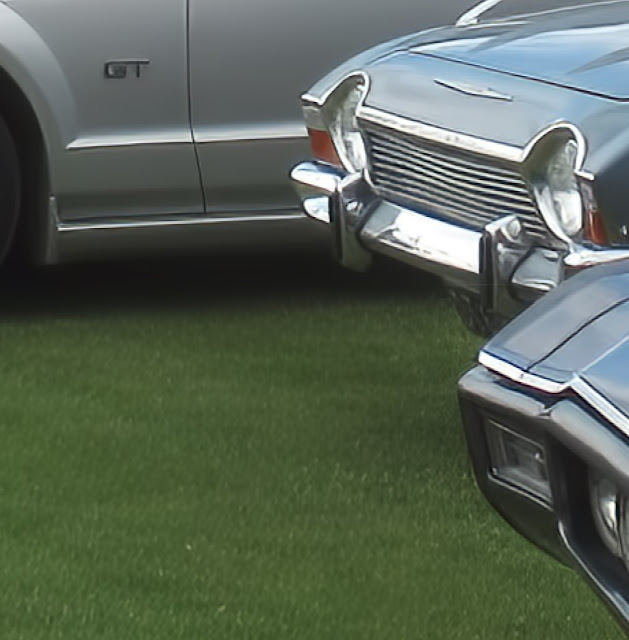 Finally, I run JPEG to RAW AI and again, because this deals with JPEG artefacts but not actual noise, I have to add a touch of DeNoise 6, just as I did with the other samples. This deals with all the ‘grit’ in the original file, shows no ‘staircasing’ and retains the finest of detail. This is the best of all the four tests and therefore sets the upper bar of the score table at 5. 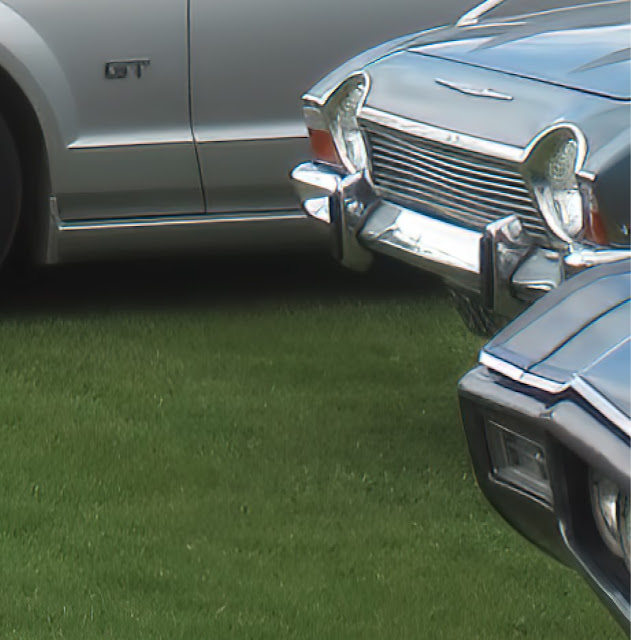 Topaz also claim an improvement in highlight and shadow recovery. Quite frankly, I could find no evidence of this beyond that which anyone can get from converting a JPEG file to a 16 bit TIFF before attempting the recovery - and you don’t need expensive software to do that.

All this creates a dilemma; JPEG to RAW AI does do a very good job but I already have AI Gigapixel and can get most of the way there without spending another US$100 on a new piece of software (which, by the way, takes several minutes to process a 20Mb JPEG file). If I can get ⅘ of the improvement without spending a cent more, then is JPEG to RAW AI worth its rather high price for that last little step? Probably not.

Posted by David Ford at 5:35 PM No comments: