I've been out and about with the D600 this weekend; what a lovely camera this is. My yardstick for this comment is my old D80 which I also thought was 'lovely' when I got it. But the goal posts for 'lovely' have moved a lot in the six years since the D80 was introduced - partly because technology has moved on and partly because this photographer has also moved on.

Despite only being announced a week ago, this D600 purchase was not an impulse buy; I have been looking to upgrade since the beginning of the year and knew that the D600 would be the way to go since the rumours started around June time. Sample pictures started appearing as soon as it was announced so image quality was well known, but there is nothing like using a camera with your own lenses and technique - that's what this weekend was about. I am duly impressed.

High ISO performance is incredible; I never used the D80 above ISO800 but the D600 doesn't give similar amounts of noise until ISO6400! Finally I feel comfortable allowing the camera to choose ISO automatically for general shooting. As well as improved ISO performance, the auto focus is  also a huge improvement over the D80; using the same set of lenses I find that auto-focus is fast and accurate - no more fidling around while the shot gets away from you: 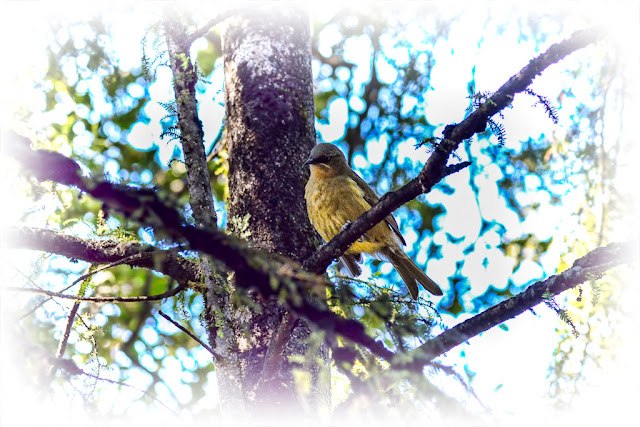 I wouldn't have got this shot with the D80 - on the D600, fast focus acquisition and an ISO of 1600 gave a usable shot (actually six in burst mode).

The other huge improvement is in Dynamic range. There are high dynamic range boosting settings but I wasn't even using these. This shot of the river bed was a single exposure at ISO 200 and everything from the sunlit snow on the mountains to the shadows under the trees was well within the dynamic range of the sensor (shot in aperture priority mode). This would have needed a three-shot bracketed exposure on the D80, on the D600 I didn't even need a graduated ND filter. Wonderful. 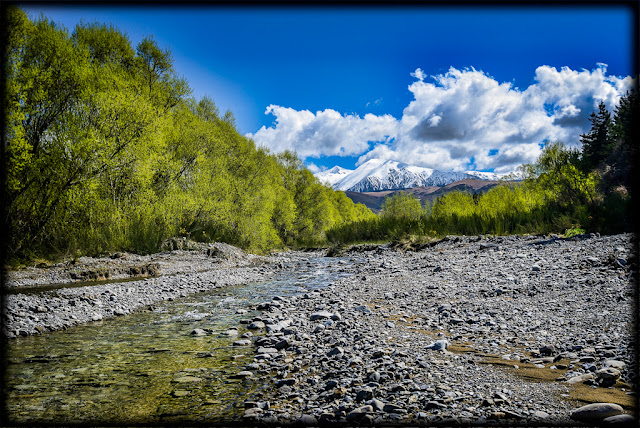 A different picture but a similar situation. This one uses also used the D600's continuous shooting mode which, with the highest quality RAW setting shoots up to 10 frames at a selected rate up to 5.5 frames per second. I used 3fps on this shot to make sure I got just the right composition (longest train possible without obscuring the green track light). 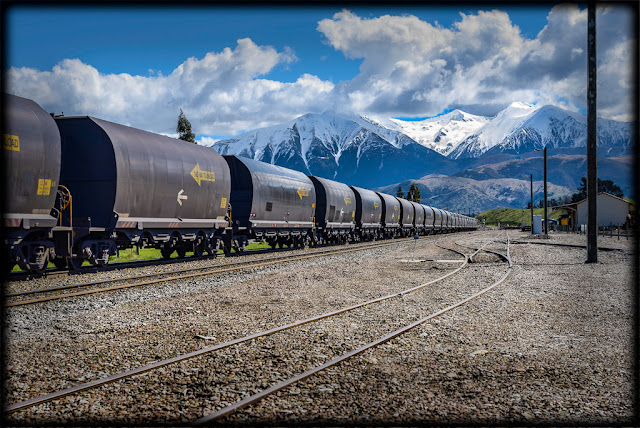 I can see that the D600 and I are going to become firm friends; she's certainly delivering a much higher 'keeper' rate than I was getting with the D80.
Posted by David Ford at 6:17 PM No comments:

Another classic car from the late 1950's early 1960's; a Sunbeam Rapier III seen this morning in Oxford. A beautiful example; pity about the mags. 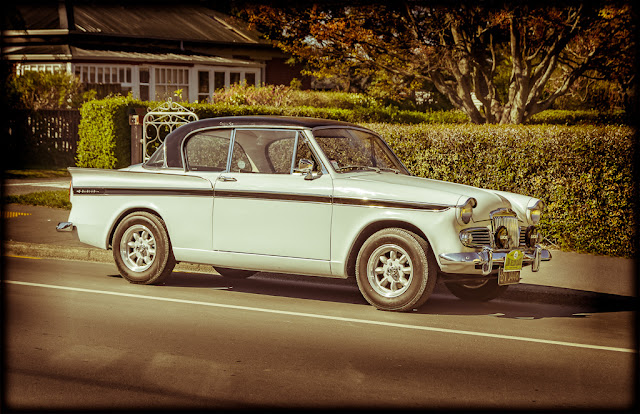 Oh, and the first uploaded picture taken with the D600 - not that you can tell at web resolution :-)

Posted by David Ford at 2:49 PM No comments:

Car of my dreams

Spotted this last weekend in Oxford; an Austin Healey 3000. When I was kid this car was included in a set of cigarette cards that I collected (from other people's cigarettes of course!). I thought it was the most beautiful car I had ever seen and I wanted one when I grew up. "By the time you can afford one of those" said my Father, "it will have long been replaced by something better." 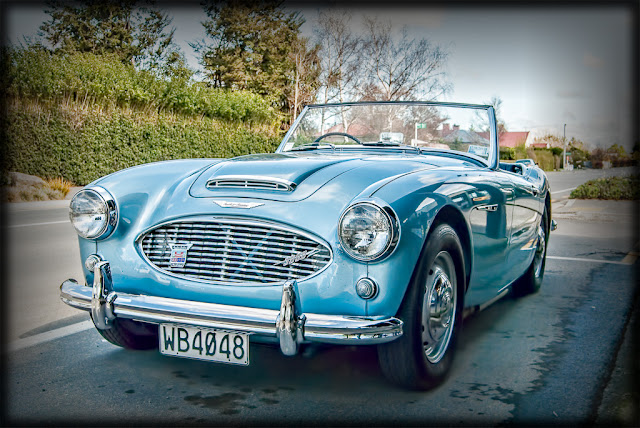 I never did afford one of these and at current prices never will but, whenever I see one, that childhood longing comes right back. Over 50 years later I still think that it is one of the most lust-worthy vehicles ever made and this was a lovely example. For more info see the Wikipedia article.
Posted by David Ford at 11:22 AM No comments:

I think this is a Ford model 46 sedan from the early 1930's. Looks in really nice condition and probably a similar vintage the the house it was driving past ... 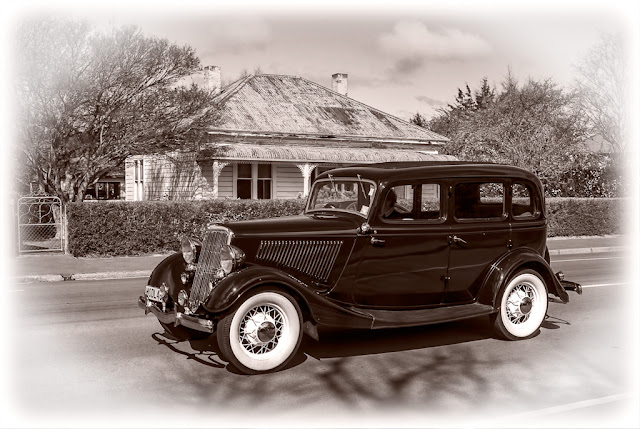 Update: it turns out that this is a Model 40, not a 46 as stated above. Apologies for the mistake.
Posted by David Ford at 9:16 PM No comments:

Well, finally, the D600's status has changed from 'rumour' to 'announced' and the reviews are starting to appear. 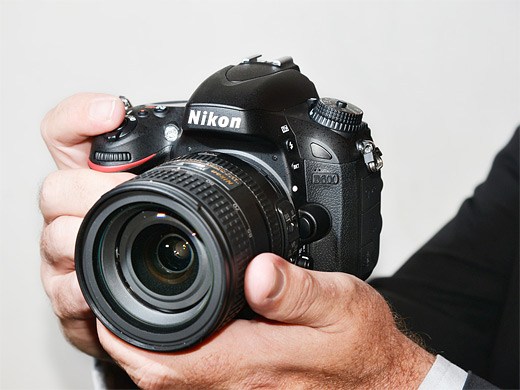 No, those are not my hands ... but maybe soon. I don't have the $NZ price yet, but it's looking like a little north of NZ$3,000 worth of full-frame goodness with 24Mp of image to play around with. It's not a D800, but it's nowhere near the price of a D800 either and is a massive step up from my aging D80 which was introduced six years ago. Watch this space.

Posted by David Ford at 8:16 PM No comments:

Spring has arrived accompanied by the usual Nor'West gales and an abundance of daffodils. 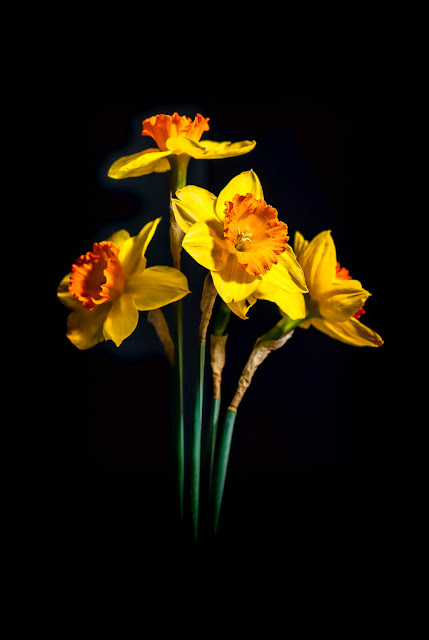 As well as gales and new flowers, Spring also brings us 'Photokina' (the world photographic trade show) and, along with many others, I eagerly expect the announcement of the Nikon D600 full-frame DSLR which is likely to become the replacement for my aging (but lovely) D80. On top of all that there has been a new job, and learning a couple of new software programs (Adobe InDesign and PhotoLine), so this spring is really turning out to be a time for new things.
Posted by David Ford at 12:03 PM No comments: