So, I bought a 360 camera. Not top of the range but good enough to produce more than acceptable results at an affordable price. The “MiSphere” arrived a couple of weeks ago and, with fifty plus years of conventional photography behind me, I hadn’t realised how steep the learning curve was going to be. Old dogs and new tricks is a phrase that immediately came to mind.

It’s not so much the age of the dog (though that’s undeniable) but the number of new tricks involved. Starting from the most basic - how do you hold a camera that can see ‘everything’? Without taking evasive action, every shot can be a ‘selfie’ (I’ve always hated selfies). If the sun is out, it’s in your picture - with all the attendant issues that sun-strike produces - especially for fisheye lenses.

And those things are just for starters, wait until you get your photos into the digital darkroom; that’s when the fun really begins. If you thought that Lightroom and Photoshop were more than enough, then think again - you’ll need to master spherical stitching, tools heavily reliant on the JPG format and EXIF injection so that your 360s show up properly on the web.

For an old photographer, 360 photography is fun; if only because it’s like starting out on the photographic journey all over again. Yes, you still need the old photography knowledge but applied in ways that hadn’t previously been relevant. Going digital (back in the 2000s) was a big change, but going 360 is a much larger conceptual leap. 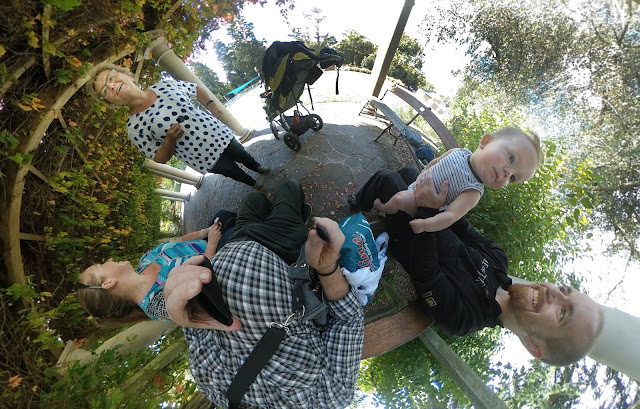 A lot of published 360 photography focuses on the weird and wacky, like ‘tiny planet’ shots (above) that can include a complete environment or table of dinner guests. But 360 photography opens up other possibilities, like the selection of multiple pictures from one 360 photo - almost an ‘after the fact’ composition tool. All three pictures on this page, for example, come from a single 360 photo. (An art filter was applied to the third image.) 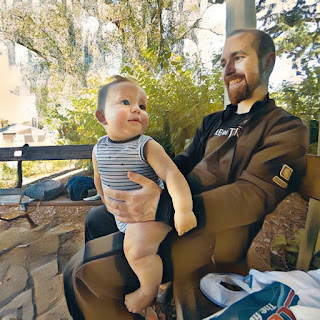 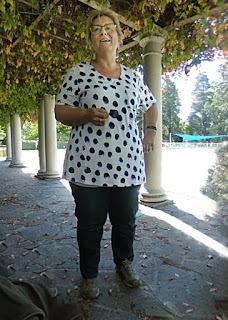 If you had ever felt that your photographs were getting old and staid, 360 photography could well be the jolt that gets you thinking afresh about taking pictures.
Posted by David Ford at 8:48 PM No comments:

Life laughs, and a forced smile

I don’t drink alcohol. It’s not a religious thing (anymore), I just don’t feel the need for alcohol in order to have a good time. I’m also not pedantic about it, and am able to have a drink if I want to - I think I had a glass of wine a year or two back. All this is to say that alcohol is a non-issue in my life - I can take it or leave it and usually choose to leave it.

It has, therefore, been a source of some mild amusement that my kidney condition has permanently swollen my stomach to the ‘six-month pregnant’ stage. Not that anyone would think that a seventy-year-old man was pregnant (I mention it only for the size comparison). But there is a certain irony in the fact that my body looks as if it might have spent a large part of its life supporting the bar at my local pub.

I have learned to live with the implied criticism occasioned by a distended stomach, and the unspoken disapproval of the athletically inclined. And so it was, with the sort of amusement only found on the far side of “you’re kidding, right?” that I learned that my painfully swollen foot was called “gout”. Yes, that gout - the disease of kings, and often the result of too much beer. Only in this case …

I wouldn’t mind wandering around bearing the marks of a profligate life, only I seem to have missed out on the profligate part. It’s one thing to pay the price for a misspent youth, it’s quite another to apparently pay for one you never had. Then, on the precipice of self-pity, I’m reminded that it is Easter - and that mine is such a tiny, tiny, cross.
Posted by David Ford at 10:00 AM No comments: