It's an odd world - when the email arrived saying that my work was to be included in a New York exhibition at the “Soho Arthouse,” I thought “Yea, right” (seen too many Tui ads) – “I’ll believe that when I see it”. It seemed little different from those emails stating that I had won a gazillion dollars in a lottery that I had never entered.
Then, later I saw this blog post on the two-day exhibition - announcing the launch of a new art website called “Crated” - and there it was, “Akoroa by night” in this picture (far left). 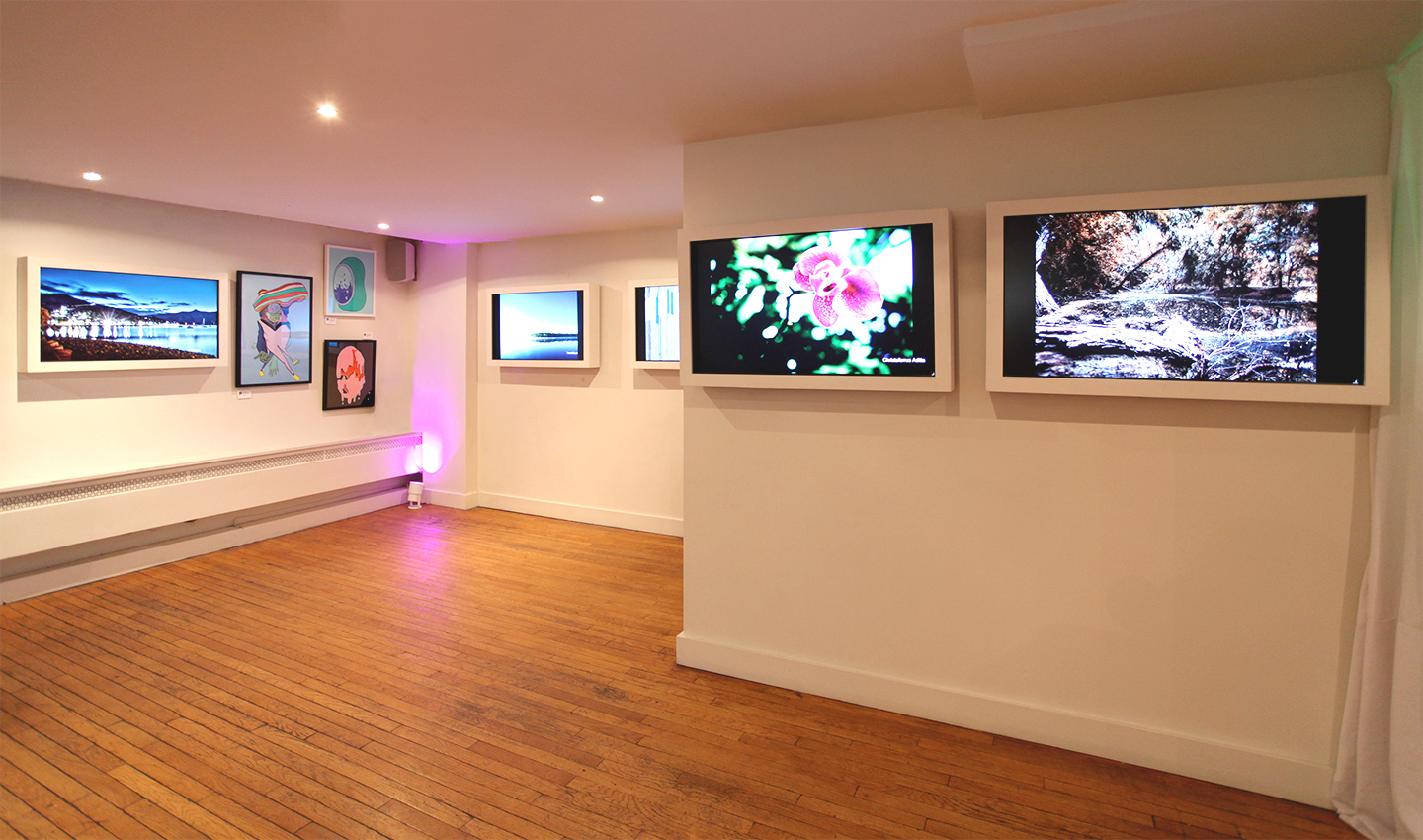 So, my inner sceptic, having been silenced, I guess I can add "exhibited in New York" to my CV. Yes, it's definitely an odd world.
Posted by David Ford at 12:25 PM No comments:

I drove, for what seemed like a long distance through the rugged Mackenzie. Actually it was about 20km, twisting and turning over one-lane bridges, spanning a variety of creeks, and getting deeper into the tussock covered wilderness. I wasn’t worried, but saw no other vehicles and it did cross my mind that this would be an unfortunate place for my little Suzuki (affectionately known as “Camera Bag”) to break down. Then the tar seal stopped and the gravel began. Perhaps ‘gravel’ is too kind; it was more hard-packed earth with an occasional sprinkling of stone. But hey, I had already come a long way and somewhere down here was a lake. I drove on.

Gradually, kilometre after kilometre, the road got narrower and rougher. I passed the occasional sheep station and stock yards and once saw a farmer in a ute. Somewhere, around the 40 kilometre mark, I really did begin to wonder if I was doing the smart thing, but consoled myself with the thought that Camera Bag’s other nickname was “Mountain Goat”, and pressed on.

50 kilometres and the road was a two wheel-track through the tussock. I was conflicted; by the thought that this might be an incredibly stupid thing to be doing (at my age) and a stubborn determination not to be beaten; either by the landscape or my own fear of the unknown. Determination won.

Finally the track took a sharp turn and a dive down into a large cluster of trees. I had arrived at a beautiful, secluded camp site on the edge of Lake Benmore. The summer campers had long gone and in late autumn the place’s only inhabitants were the golden trees and the multitude of birds that had reclaimed their home. 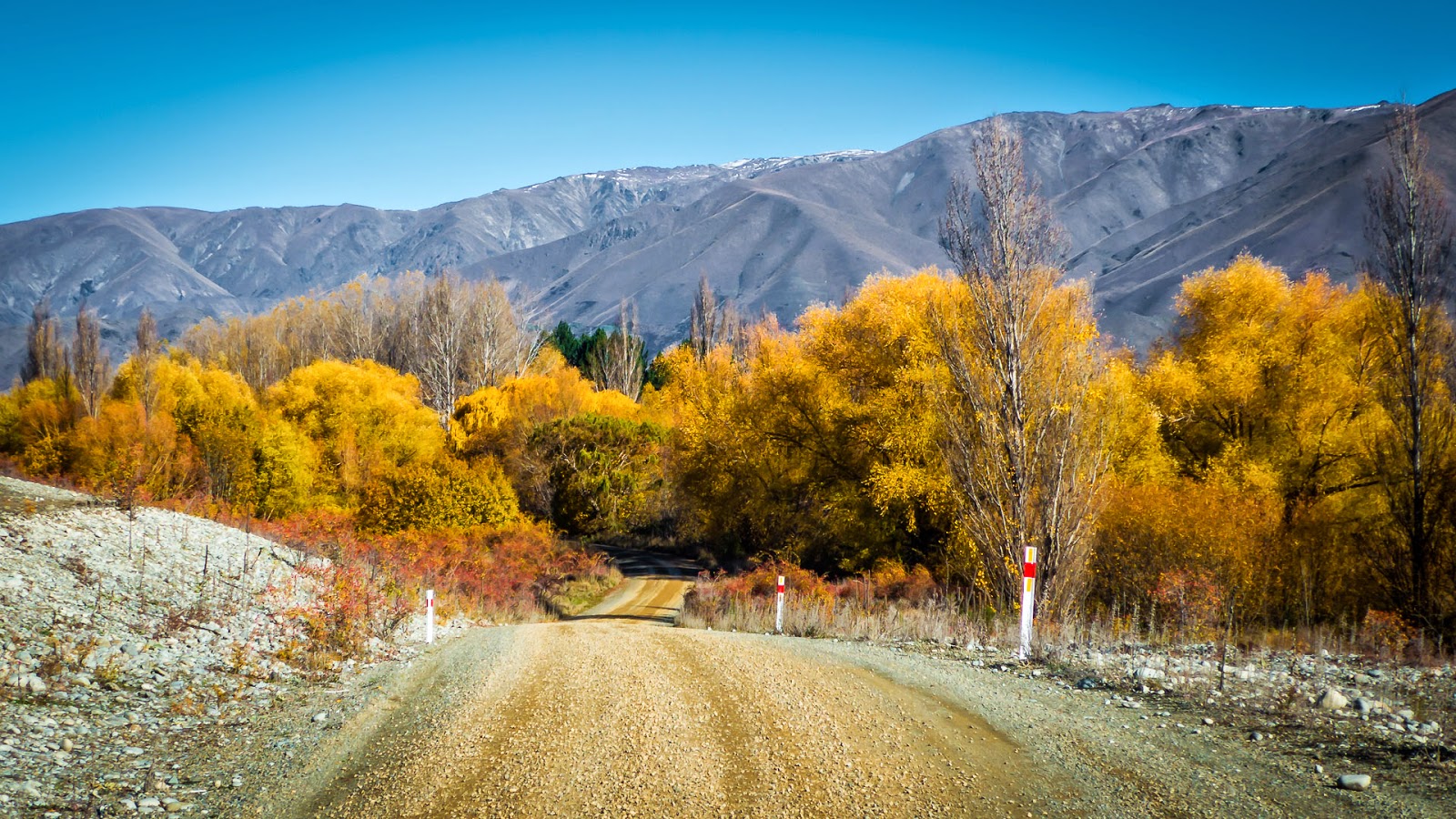 After the mild anxiety of the drive, the place was heavy with a tangible peacefulness and I stayed a while to soak it in. Strangely, I didn’t take pictures there that day, except as a matter of record – this is where the road ends: 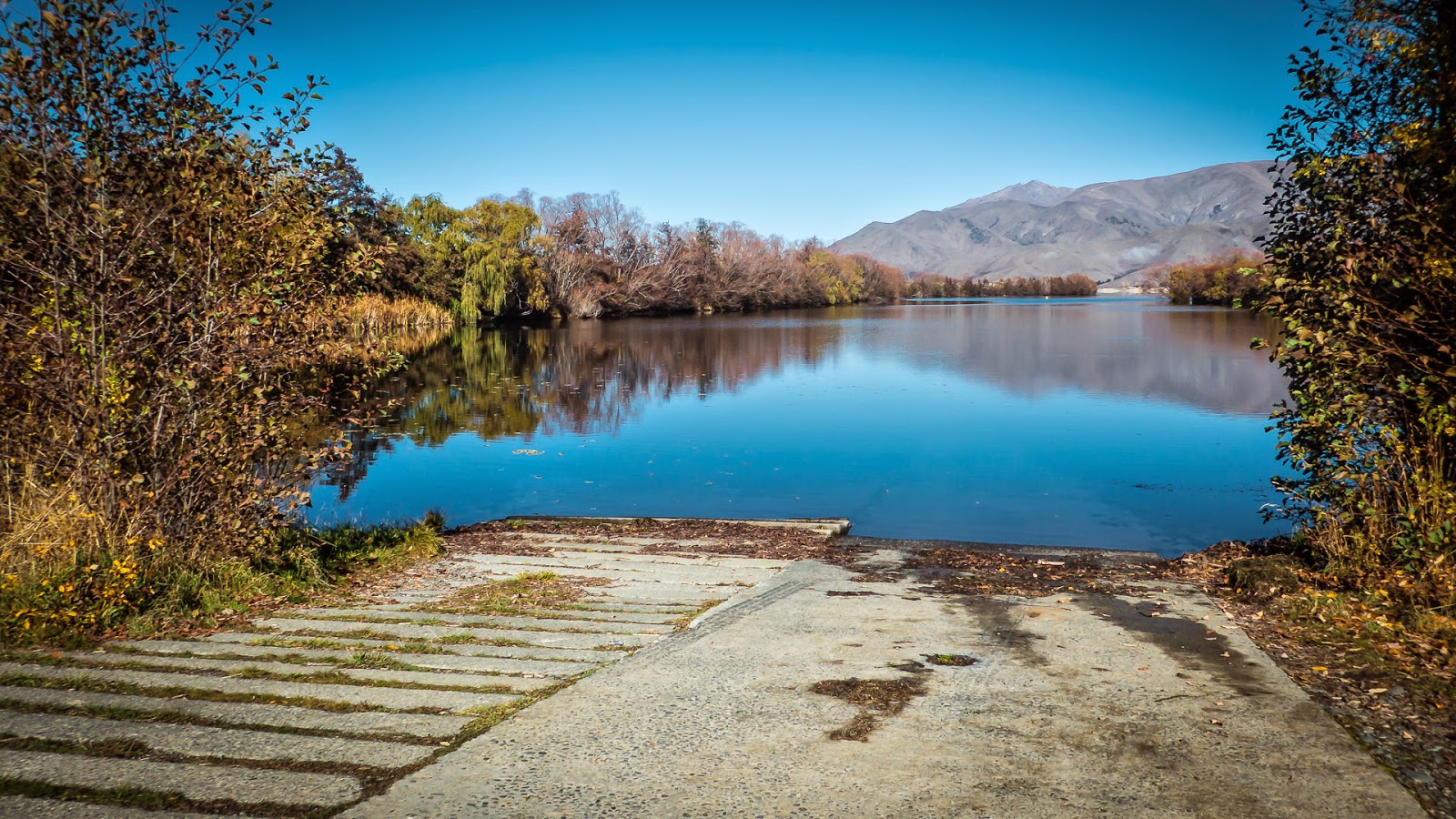 Another of life's little metaphors, perhaps.

Last weekend I was taking some photographs at the observatory on top of Mt. John. I don’t normally watch other photographers but it was hard not to in such a popular scenic spot. Over the course of a couple of hours I became aware of one repeated behaviour: get out of car, walk to the edge of the car park, hold camera in front of face, take picture.

I saw no exceptions to this behaviour. It didn’t matter whether the camera was a cell phone, a compact or a big DSLR; one photographer even set up his tripod at the edge of the car park, adjusted it to face height and took his picture. I wish I had the foresight to take such a picture, so that you could see what it would include, but that only occurred to me later after I had left. Magnificent vista that it was, their pictures would have included a mountainous background with a valley lake in the middleground and NO FOREGROUND.

As humans, we experience all such views from the foreground - even if our focus is on the distance. The foreground is where we stand, it fills our peripheral vision and provides context for the rest of the scene. When you see a picture without a foreground, it doesn’t capture the experience of actually being there, and we end up feeling disappointed that the picture doesn’t reflect the moment. Unfortunately cameras don’t have peripheral vision – what’s in the viewfinder is all you get so you, the photographer, need to introduce some foreground into the scene.

Ten paces away from the car park edge there is an interesting rock. Down on one knee, rock in the frame and the picture has what it needs – foreground context, strong middle ground, and magnificent background. It’s that easy. 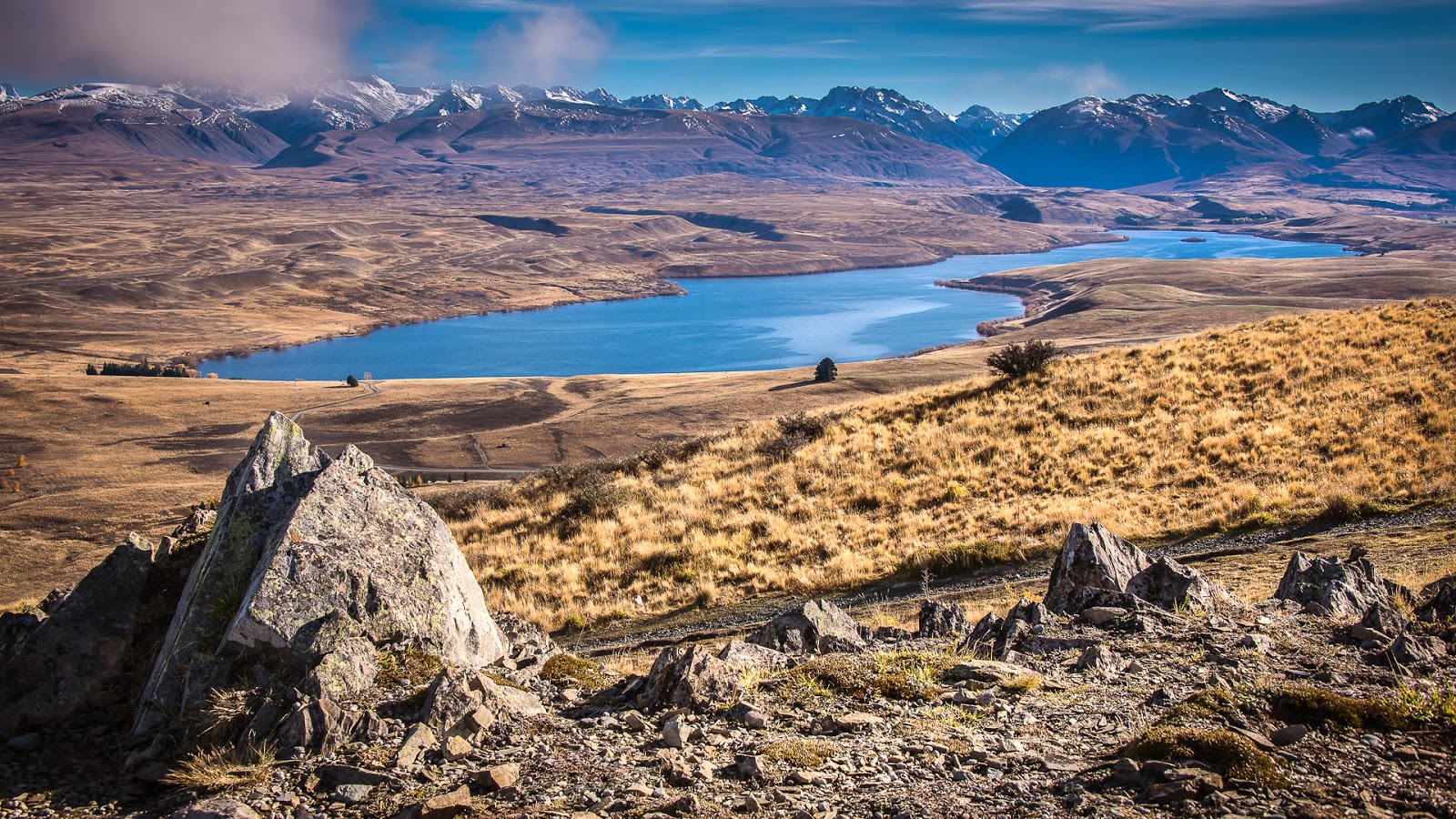 So that’s my one tip for your vacation landscapes; don’t just do what everyone else does by standing there and clicking into the distance – just change your position, bend a little if you have to, and include some foreground interest in the scene. That’s not a rule by the way – not every picture has to have foreground - but most landscapes will benefit from its inclusion.