Ryan through the pin-hole

It is always pleasing to see a photographic show on at an art gallery. So I was naturally interested when Ryan McCauley’s show “YARD” opened at Arts in Oxford this last Saturday. The show is a substantial collection of pin-hole camera images of New Zealand back yards.

‘YARD’ is an exploration of the spaces of childhood memory. I think that the medium perfectly suits the subject, with it’s slightly unfocused, heavily vignetted, images a good depiction of memories as they begin to fade. Well, mine anyway.

Ryan gave a floor-talk at the opening and discussed the intent behind the series as well as the building of the cameras and method of taking the pictures.

A worthwhile exhibition for photographers and non-photographers alike, that is open from 23 May to 7 June at Arts in Oxford, on Oxford’s Main Street.
Posted by David Ford at 7:17 PM No comments:

There are lots of sliders in Lightroom and Photoshop but none of them are called the "Feeling" slider. It's a pity; a slider like that could save a lot of time.

Actually, what I am talking about could never be reduced to a single slider. But it's a convenient shorthand for what I want to bring up - editing a photo for creating a 'feeling' rather than a 'look'. It's something that has crept up on me quietly, until it finally announced its self a few months ago.

My own editing process has developed into a three step workflow. Steps one and two are both about making a photograph look as technically good as it can. The intention is to produce a well balanced photograph with appropriate ranges of tone and detail for the subject. However, the result of this part of the process can often be a picture which is a bit clinical; a good photograph but maybe lacking in soul.

Step three in my workflow is about bringing the picture to life, making it something that might warrant a second (or more) look. I used to ask myself the question, "what do I want this picture to look like?" But a few months ago I unconsciously began asking a slightly different question; "what do I want this photo to 'feel' like? The question taps into a slightly different vein - I don't want the picture to look the way I remember it looking, I want it to 'feel' the way I remember feeling. This feeling question can well take the picture in an entirely different direction.

Let me illustrate with a couple of examples: Here are two pictures at the end of step two: 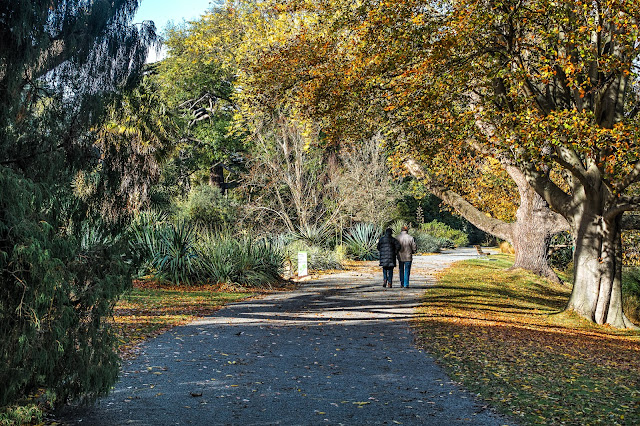 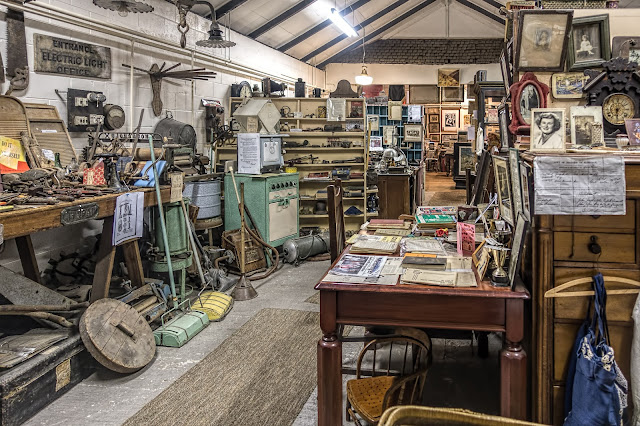 In the first case it was a beautiful autumn day and the sun was making the whole scene alive with red, yellow and orange light reflecting off the leaves. This just seemed lacking in the photo which, though it probably had realistic colours, just didn't impart to the scene that feeling of being on fire. The second image was of the inside of the Reefton Museum. This was a cluttered, dingy space that could have done with a good clean. But the picture made it look far too clinical and well lit - nothing like the feeling of standing in the actual space.

I won't go into the actual techniques I used to impart feeling - everyone will have their own take on how to do it. But asking the 'feeling' question took me in a new direction and produced two pictures which I am sure are very different from what I would have produced twelve months ago: 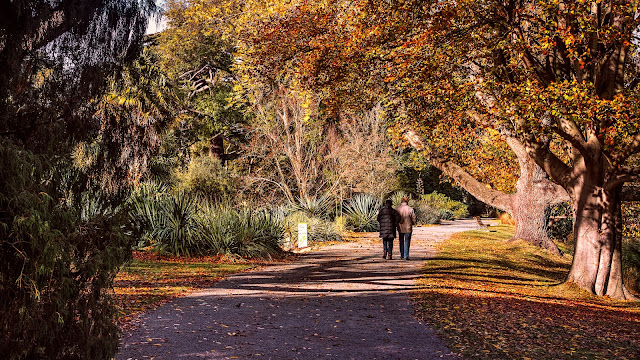 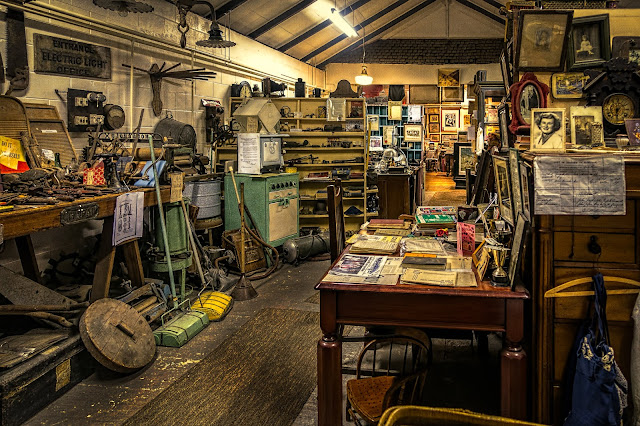 These two pictures probably don't look exactly like the original scenes, but they sure make me feel like I am back there, and I hope they will allow others to feel what I felt when I pressed the shutter button in a way that the first two pictures don't do. How do you want your pictures to feel?
Posted by David Ford at 8:54 PM No comments: