Forsaking my usual black background for florals, I've gone for soft and subtle with shades of pink to finish off 2012. 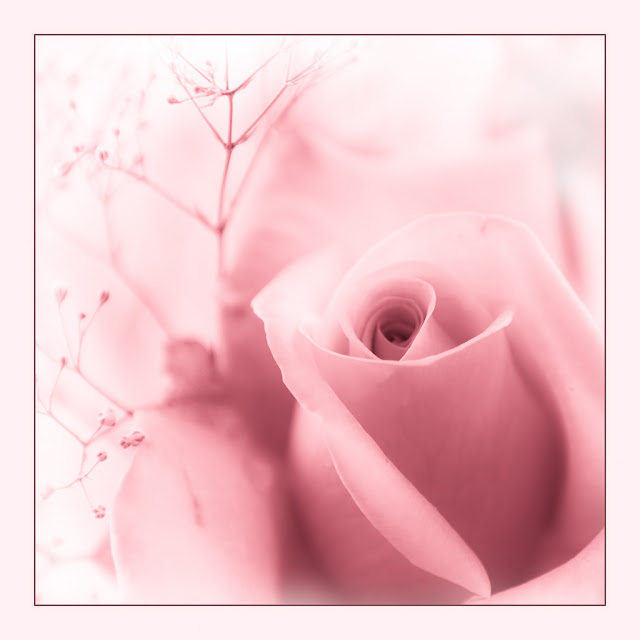 Tomorrow is a new year, a new canvas, time to try new things: Have a great New Year everyone.
David
Posted by David Ford at 4:40 PM No comments:

The goal, so I am told, is to envision the final picture before you press the shutter release; it's called having 'artistic vision'. But, I have to admit, that for me the vision often comes later on. Take this picture for example; on the screen I had a technically good, full colour, picture but it just wasn't doing anything for me. My initial vision to capture the wind-swept emptiness, had come up short.

Then I decided to make it a black and white and darken the blue sky. Suddenly it ceased to be a picture about water and sky and became one about horizon-less tones of light and dark, and cloud shapes that reflected a wind swept tree. Finally split toned with hints of blue and yellow and it became a moody, surrealistic, landscape which echoed the, windswept, desolate feeling that I experienced that day at the Waipara River Mouth. 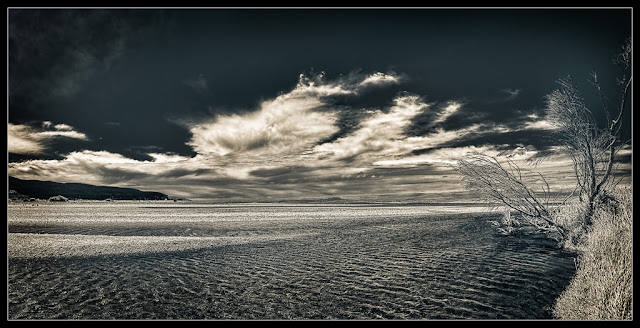 Perhaps it has less to do with 'vision' and more to do with 'emotion'; recreating emotion is not just about capturing visual components but presenting them in a way that elicits the appropriate emotional response.

It seems to me to be a picture that needs a large canvas ...
Posted by David Ford at 3:47 PM No comments:

My favourite model, again. She's not quite taking direction yet, but if I follow her around long enough something good transpires ... 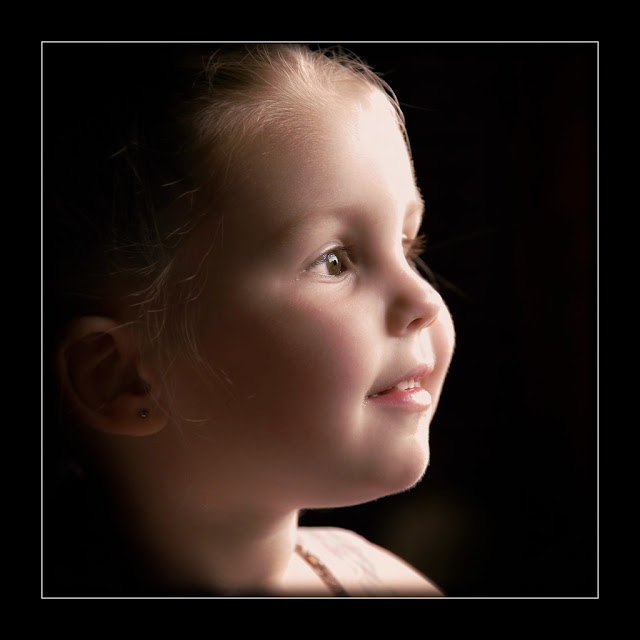 From Christmas day, all natural light.
Posted by David Ford at 8:36 PM No comments:

The week before last, I attended a workshop by Trey Ratcliff. It was a great day with lots of useful information. But, it's turning out that the most useful takeaway from the day was a very simple tip about not processing all your photographs as soon as they are taken.

My habit was to return from a shoot and then process that shoot before embarking on the next shoot. This created a lot of self-induced pressure to complete processing quickly so that I could move on. The consequence was that processing often didn't get the attention it deserved, and sometimes good pictures got passed over completely. Since the workshop I have been processinga shoot quickly in Lightroom (quick adjustments only) and then moving the very best pictures into a 'To be processed' collection. Then, when I am good and ready, I can dip into that collection and process a few photos. 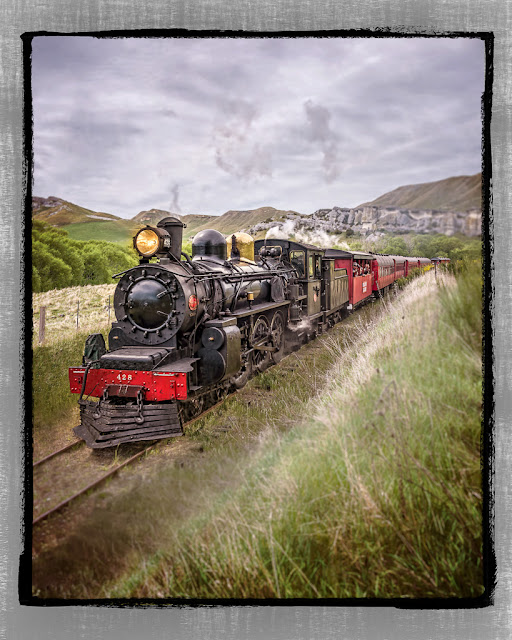 Without this approach I would never have made this picture from the Weka Pass Railway - it simply required too much work to complete as part of the 'shoot and process' workflow. But I had gone back and dragged it (with many others) into my newly created 'To be processed' folder where it later caught my eye. Thanks Trey.

PS. See 21 October for the original picture.
Posted by David Ford at 11:01 AM No comments: