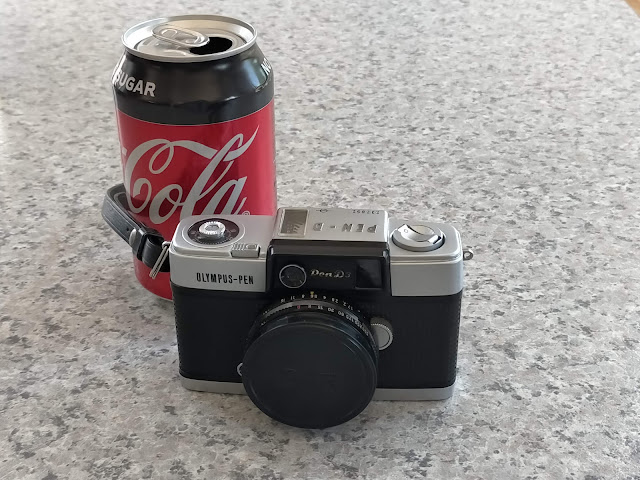 Until you hold an Olympus Pen camera in your hand, it is hard to imagine just how small they are.  Pictures show a perfectly proportioned 35mm film camera (which it is) but in the hand, it is quite diminutive - smaller even than my everyday digital Fujifilm cameras, the X-M1 and the X-E3 (themselves quite small). 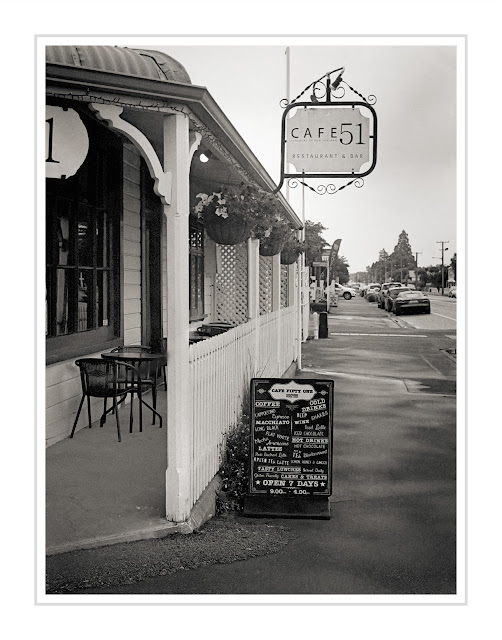 The "Oly-pen" arrived just before Christmas and it took a couple of weeks to run through the first roll of film - not least of all because a standard 36 exposure film can accommodate 72 shots in the Oly-pen's half-frame format.  I had been concerned that the quality of the images, given the smaller negatives, wouldn't meet my normal standards. Usually, I get clean 24Mp images from standard 35mm film and, rather surprisingly, I found that the Oly-pen produced equally clean 20Mp files in a 4:3 aspect ratio (despite its size disadvantage). 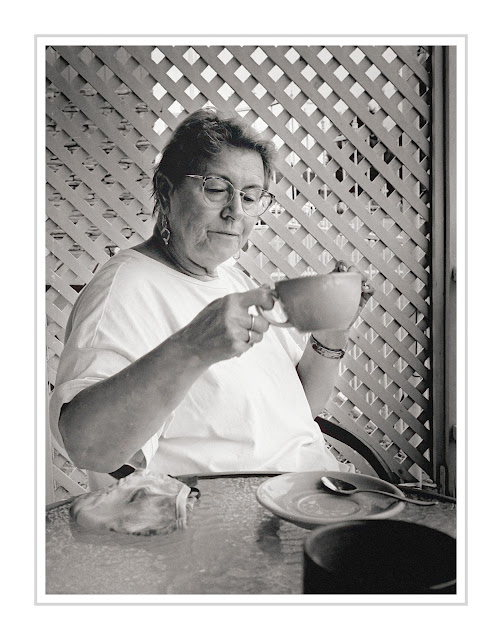 That first roll was a resounding success - despite this photographer's mess-up. Knowing that the light-meter would be reading incorrectly (due to an incorrect voltage battery) I compensated by adjusting the ISO. Only, dingbat that I am, I adjusted the ISO the wrong way, resulting in 72 frames that were about 3 stops underexposed. Despite this, the rescued shots all turned out remarkably well and demonstrated that the Oly-pen was a very useable camera. 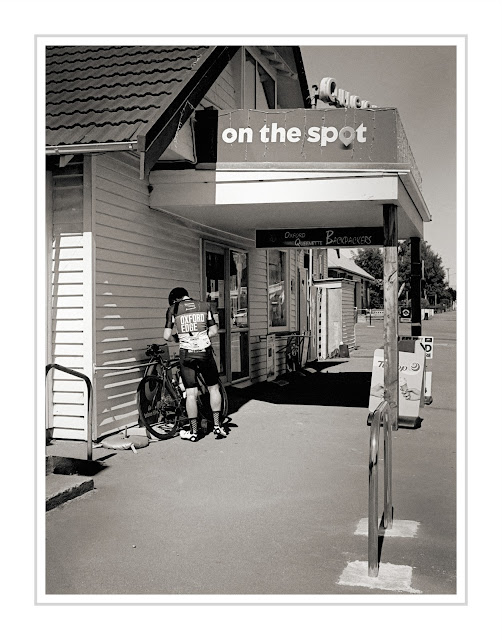 Manufactured between 1965 and 1969, the Oly-pen D3 makes a great street camera, it is discrete and, using zone focusing, quick to use. With the appropriate exposure dialled in (not necessarily too accurately!) and the focus set, taking a shot is a simple wind, shoot ... wind, shoot, affair with an almost inaudible 'snick' as each shot is taken. 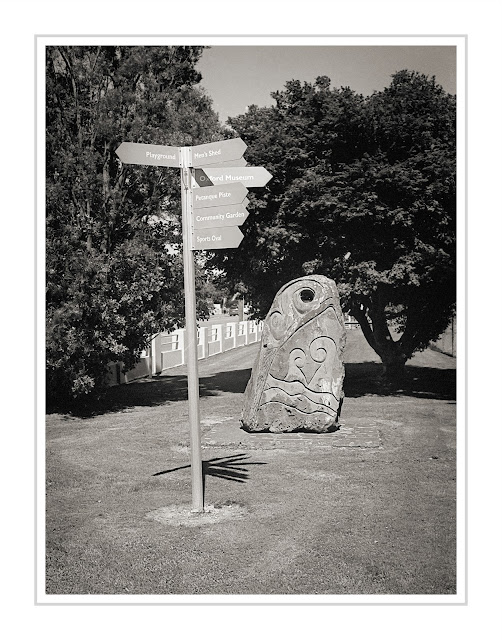 Given its small size, ease of operation, fast and sharp f1.7 lens, and immense 'fun' factor, the Oly-pen is destined to become my everyday, casual photography, film-favourite. 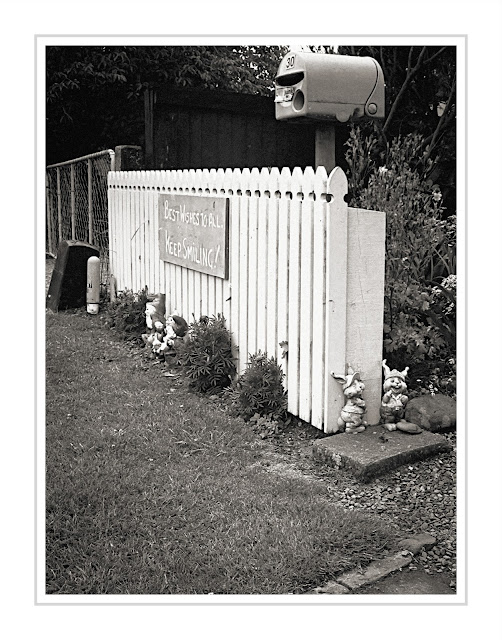 Photos (except the first) were taken on Ilford FP4, developed in 'Caffenol' for 8 minutes, scanned and processed in Exposure X7.
Posted by David Ford at 2:05 PM No comments:

More a statement of intent really;  a new photographic focus for 2022. There's a list of reasons far too long to go into here but, in 2022, I'll be shooting mainly on film, mainly black and white and mainly developed at home. The last couple of months have been spent assembling equipment and refining processes but, for 2022, it's back to my photographic roots to reprise the past with the benefit of sixty years of hindsight. 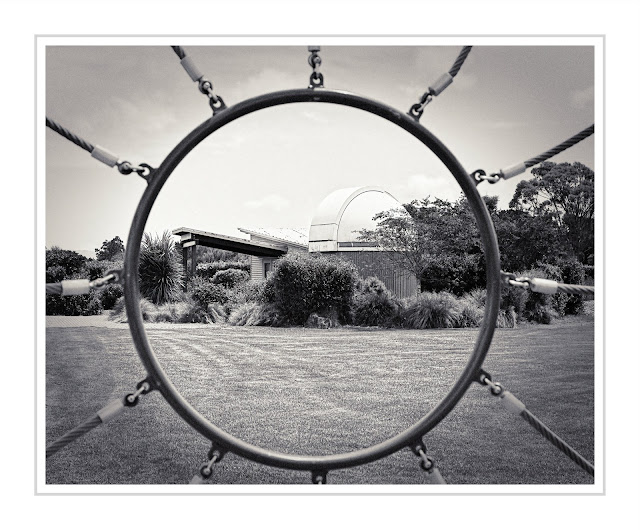 I cut my photographic teeth on black and white film photography, but put it behind me too soon for the sake of colour and, later, digital. I'm pretty sure that I didn't learn enough of what black and white should have taught me before I moved on, so it's back to the beginning to finish what I started back in the 1960s. In part, I've been inspired by the work of Martin Henson (https://www.martinhensonphotography.co.uk) if only because his outstanding work holds out the promise of the possible. 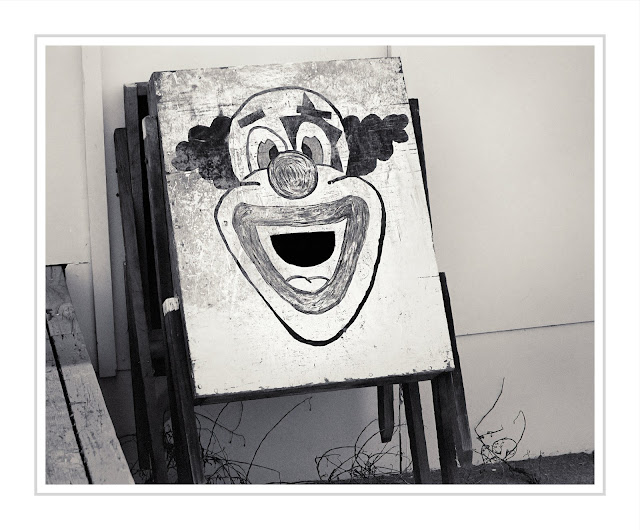 They say that "there's no fool like an old fool" and I guess that's something I'll have to wear while I make this journey. But it's a long-time itch which, it seems to me, I might as well scratch and, if not now (at 73), then when? "Make hay while the sun shines", seems quite a compelling aphorism at my age. 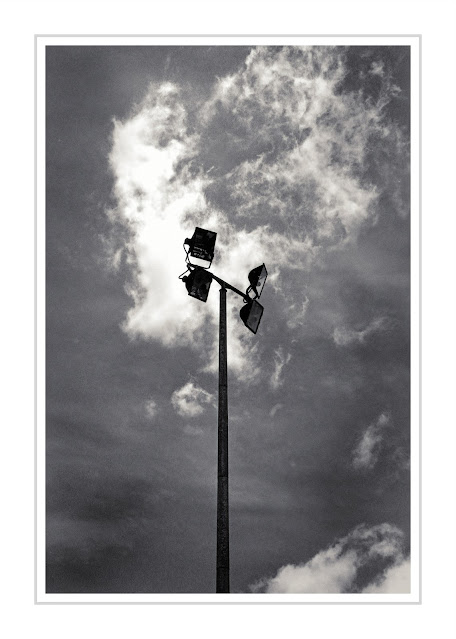 So, I've been testing equipment and trying out processes. These test shots were all taken on Ilford FP4 but, along the way, I'll probably try some other emulsions as well. Developing film in coffee (a.k.a. "Caffenol") seems to work quite well and, being a somewhat quirky approach, appeals to my New Zealand induced "Number 8 wire" mentality. Anyway, I think I might have fun seeing where this takes me. Will it last the year? Will it run beyond 2022? Who knows where this path might lead. Here's to a happy New Year, everyone!
Posted by David Ford at 4:13 PM No comments: