A weekend of Hobbits

Ballerina Hobbit had a fourth birthday party this weekend and hobbits from all over the Shire descended upon Hobbiton.  Considering how quickly hobbit gatherings can get rather unruly, this one was very well behaved – the castle was not demolished and most of the food was eaten rather than thrown. And yet the hobbits seemed to totally enjoy themselves and the big people found time to relax, chat and enjoy the day. 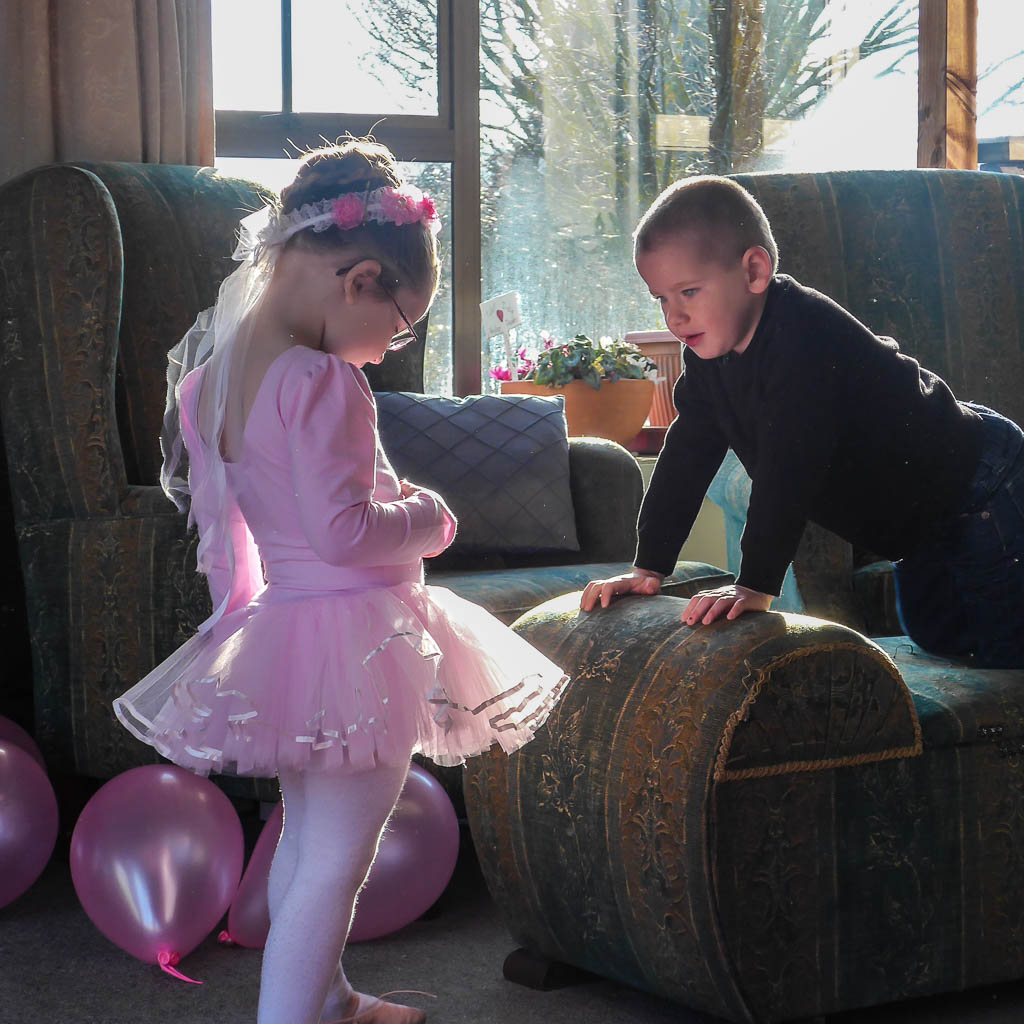 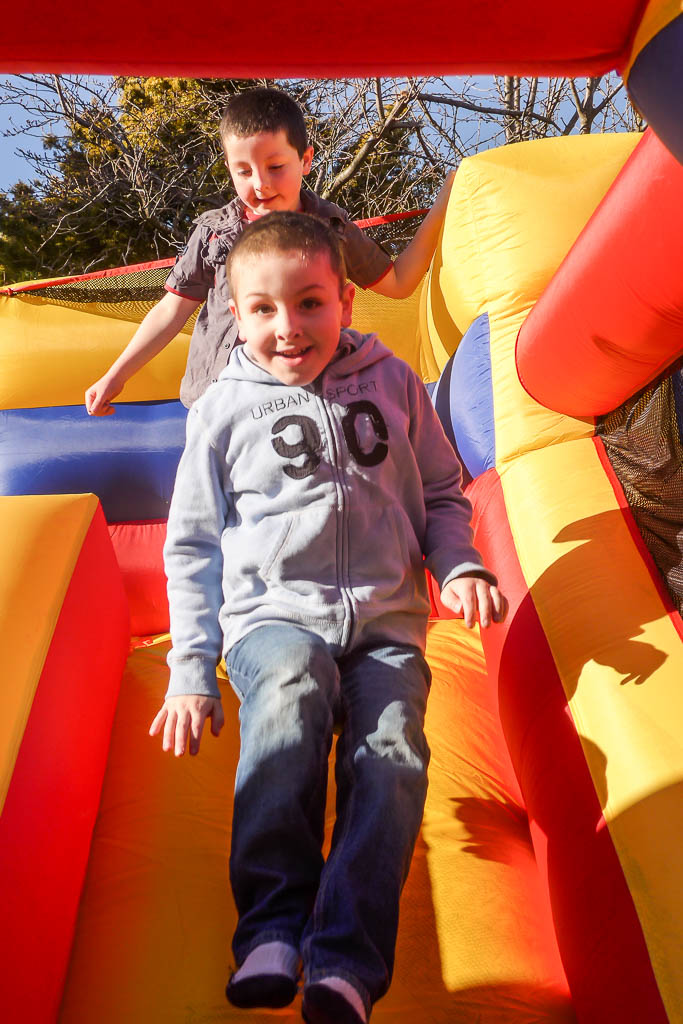 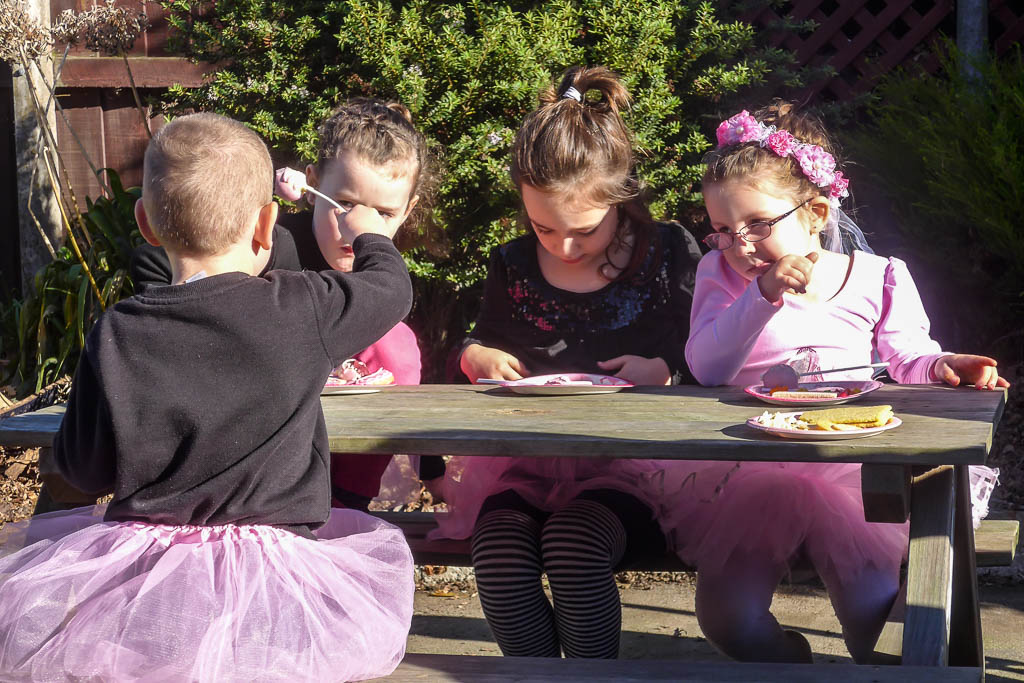 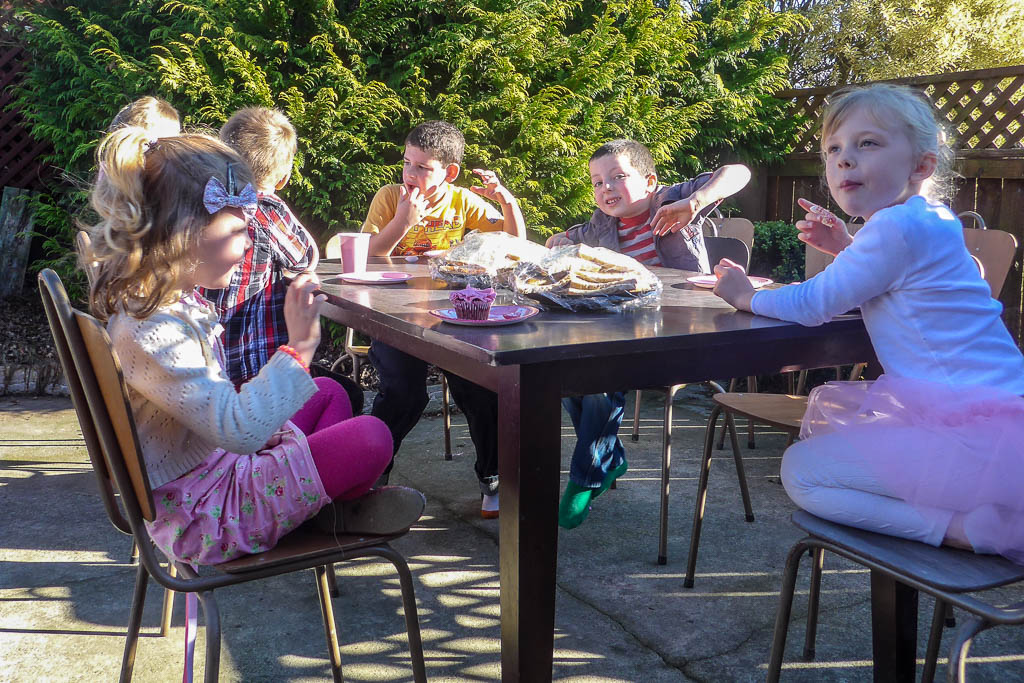 Two of the hobbits were still here on Monday morning when I awoke bleary-eyed and paddled into the living room in my dressing gown. “Gandad, Gandad,” the smallest one cried, tugging at my beard for attention. “Yes, little one?” I managed, wondering why hobbits seem so bright so early. “And its not ‘Gandad’; it’s ‘Gandalf’ if you please.

To be honest, I’ve been a bit of a “wearables” sceptic. I gave up wearing a watch about ten years ago – a sort of two finger salute to being driven by the mechanics of time. So, when wearable computing started to be ‘the next big thing,’ I was like, “nah, don’t need it”. But then I got a “Pebble” smart watch to try out and I realised that I have needed one for quite a while. 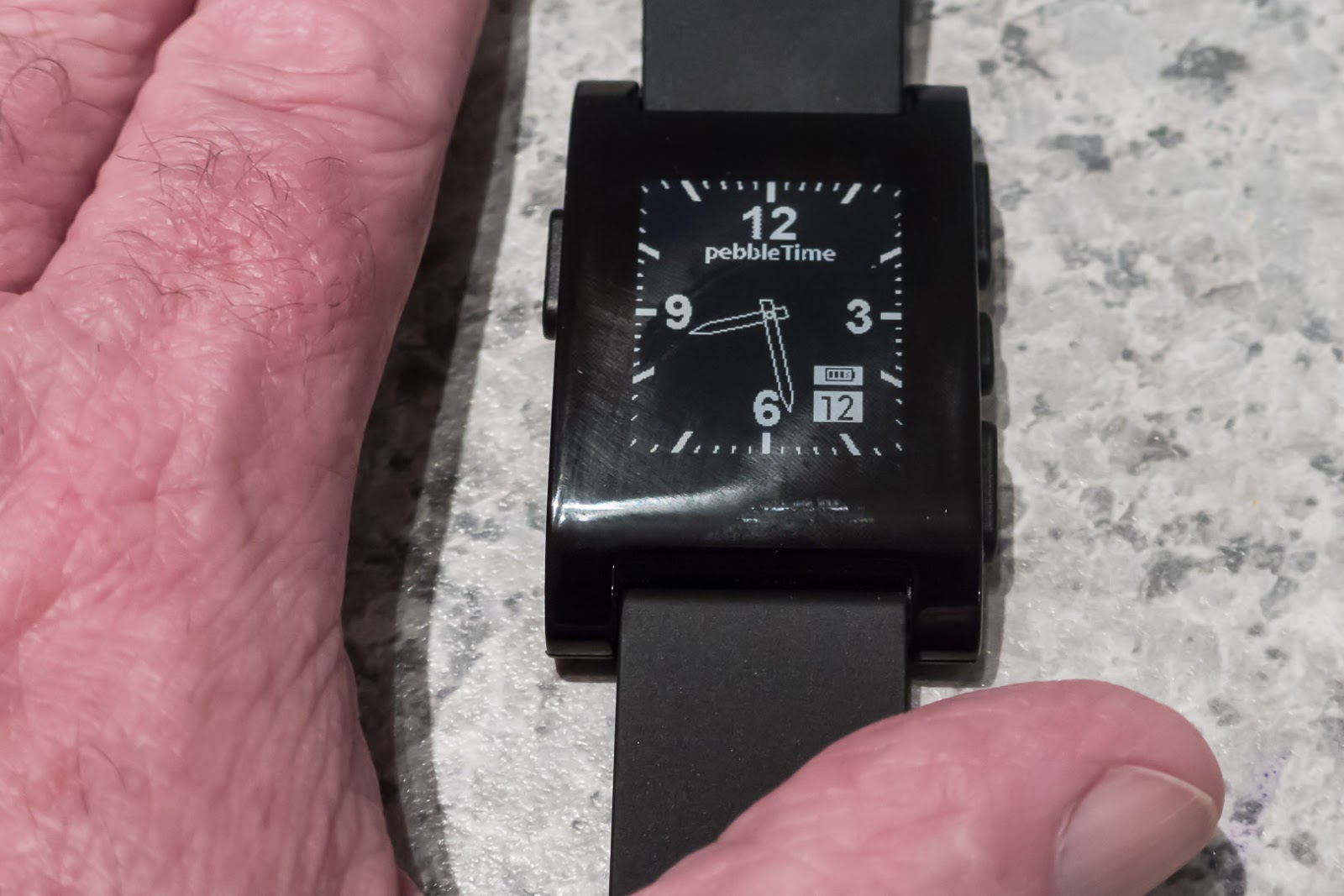 I have two use cases for this wearable – when I am at home and when I am in the car. At home I seldom have my phone on my person – I usually leave it someplace and then fail to hear it when I get a call, message, email etc. When driving, I want to know whether the call is worth pulling over to respond too without fumbling in my case or pocket for the phone. The Pebble addresses both these needs and, in addition, becomes a general first-line interface for the phone, meaning that I pull out the phone to check it far less often.

The phone talks to the Pebble via Bluetooth (in my case, Bt v4 on the Pebble and Bt v3 on the phone). The connection seems rock solid, and reconnects seamlessly when the Pebble has been out of range from the phone.

Out the box, the Pebble has only basic functionality and I quickly added two key apps – “Notification Center” which replaces the Pebble’s limited notifications with any notification that the phone and its apps are able to generate. And secondly “Wristponder” a $2 app that can send canned SMS messages from the Pebble (useful in meetings or when driving). Both these apps have an Android component that lives on the phone. A third app “Pebblets” provides a calendar, calculator, timer, weather, stocks, and RSS feeds and lives solely on the phone.

Being the size of a watch it has a very limited interface but enough to read short email messages, texts and check the weather. The canned messages feature of “Wristponder” is brilliant for acknowledging texts or providing limited information like “running late be there soon” without having to stop to type the message on the phone.

Pebble works with iOS and Android devices (but not Windows Phone or BlackBerry) and costs US$150 in its basic form (shown above) and US$250 for the ‘Pebble Steel’ version. If you thought that Pebbles were for skimming across the pond or providing interest at the bottom of a fish tank, then this Pebble might make you think again.

Posted by David Ford at 9:08 PM No comments:

When I started this blog in 2011, I used (and still do) the tagline "A rather indirect ramble through the aft end of life". However that's not been strictly true; in the last four years the blog has mainly been about my ramble in relation to photography and picture making. Yes, making pictures is a big part of my life - there are three cameras within arm’s reach (not including my phone) even as I write this - but there is more to this ramble than pictures. To be honest, I've been a little afraid. There are other dimensions to this back end of life ramble, but they tend to be more personal, more about the vulnerable 'me', the 'me' that would feel safer if it remained in the background. Those other dimensions might also be of no interest to others and bringing them up might only confirm that I have just become another 'boring old fart'.
Yet, unless I flesh things out a little more, the record of the ramble will be missing all the peripheral aspects that inform and motivate even my picture making. Life is so much more than a series of stationary images; what fills the gaps between? If the pictures are the 'what' everything in between becomes the 'why'. So, from here on, I'll still be posting the pictures but I'll try, when I am aware, to talk about the 'why' of things too, starting with this ...
Back in 2008 I turned 60. At the time I wrote “Sixteen or sixty” an upbeat reflection on why I was making pictures again:
“Sixteen or sixty?  Say both words with less than perfect enunciation and they can be mistaken for each other.  And if, in my sixtieth year, I look at my life from the corner of one eye, I can almost believe that I am sixteen again.
“At sixteen my passion was photography. It was a passion played out on a budget, with cobbled together darkroom equipment in a bedroom blacked out with plastic sheets and prints rinsing in the bath.  It was a passion that I wanted to be a profession.  Perhaps I didn't want it bad enough but, in 1964, no one wanted an apprentice photographer and so I became a draughtsman in the construction industry and, eventually, migrated to the IT business. It paid the bills and served me well. “Somewhere along the road I married and, with the advent of a family, I lost the darkroom. As the family grew, my camera bags began to shrink and, as the equipment and spare time shrunk, so did my passion for the art of photography.  Then, around 1998, I laid hands on my first digital camera.  After a thirty-four year downward slide a ten year climb back started and now, in my sixtieth year, I am producing pictures again - perhaps not great pictures but good enough to be much better than those from 1964.
“In his "Last Lecture", Randy Pouche talked a lot about realising one's childhood dreams. He realised a lot of his before he died and he helped a lot of other people realise theirs.  And the point is this - its never too late - my dream may have had to wait for more than forty years, but it feels like I am sixteen again and loving it.”
Back in 2008 life seemed to be all glitter and endless possibilities... 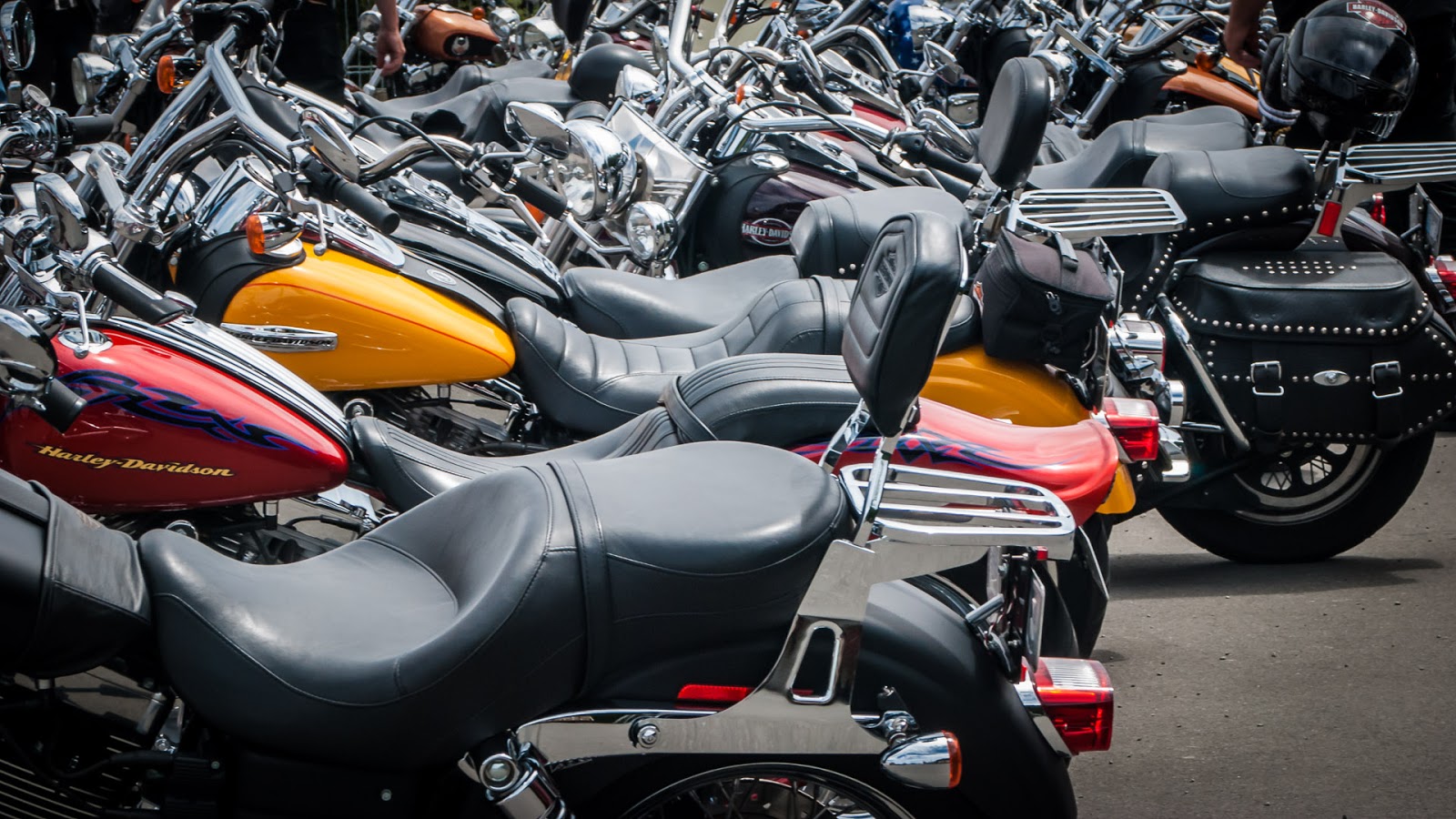 Posted by David Ford at 8:41 PM No comments: