The opalotype was an early photographic technique where images were made on a 'milky' or 'opal' glass plate. Very often, after development, the plates were hand painted to make a photograph which had a quality similar to that of a water colour painting. I started experimenting with a digital form of opalotype in 2011 and have refined the process using a variety of tools including Lightroom, Photoshop (or substitute) and Topaz filters. This 'street' shot from Sunday's Farmers Market is an example of what the process can produce. 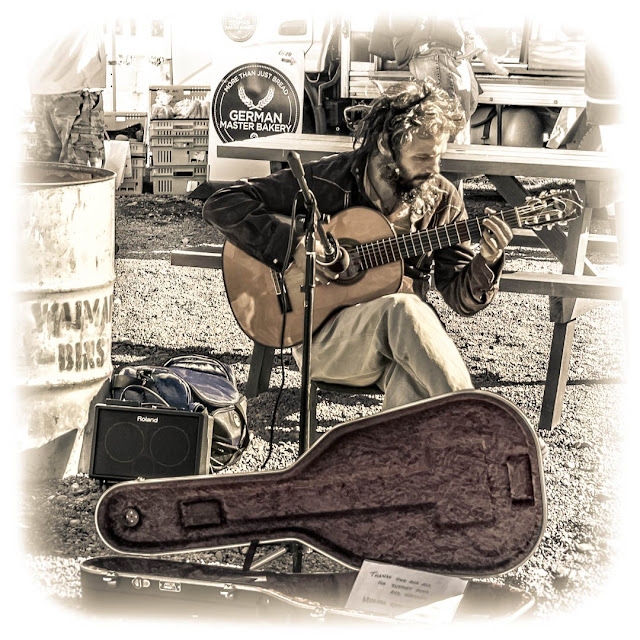 The steps involved are not difficult but can be time consuming:

And that, is that. It's not a recipe, as such, because every picture is different but, following this approach and using your own judgement, will give you some very interesting results that look as though they fall somewhere between a photograph and a water colour painting. As you practice on different pictures you will soon get to know what works and what doesn't and adjust settings as appropriate. Good luck and have fun with digital opalotypes.
Posted by David Ford at 8:32 PM