Is that HDR? I hate that question. I hate it because (a) it’s irrelevant and (b) it can’t be answered without lying - if I said “yes” it would be a lie. If I said “no” it would still be a lie. There’s a third reason too - (c) usually its a loaded question, preceding an attempt to invalidate the picture as a photograph. Well, duh, its not a photograph; its a picture - cameras take photographs; I make pictures (out of photographs).

But let’s get back to the lying thing. “No” its not HDR (High Dynamic Range) because it was an overcast day and my camera could capture everything necessary in one exposure (and did). However, I did take a series of exposures using a technique called “exposure bracketing”. The picture you were looking at (previous post) came from combining two or more of those exposures using both tone mapping and exposure blending so, if that’s what you think of as HDR, then your answer is “yes” (but it's still not an HDR picture).
But, it gets even more confusing: I also produced a picture that, to the casual observer,  looks almost identical to the one accused of being HDR - similar tonalities, similar contrast, similar details. It was made using only Lightroom and only one exposure - in other words it used none of the features of the so-called HDR process yet, because of its look, it would have undoubtedly invoked exactly the same question - is that HDR? In this case I could have answered “no” with an absolutely clear conscience.
Definitely NOT an HDR:produced from a single exposure processed only in Lightroom: 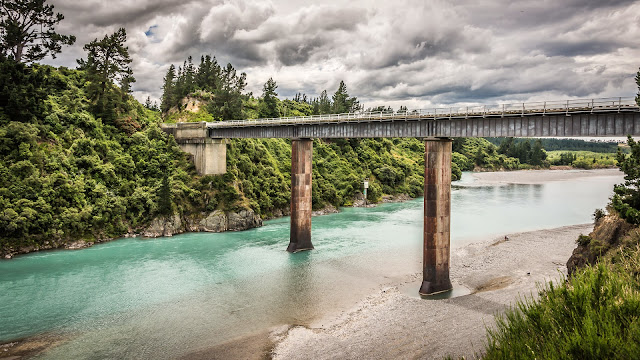 The picture in the previous post is also not HDR but was created from multiple exposures, tone mapped and blended - some people incorrectly call that HDR.
Let's stop what has always been an irrelevant debate around the misuse of the term “HDR”. It’s a style thing; you either like a picture or you don’t, the HDR question is an irrelevance which makes the questioner sound amateurish and ignorant.
Posted by David Ford at 3:04 PM