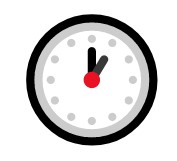 Assuming that lunch-time is one o'clock, then Simon Bridges was, indeed, gone by lunch-time. Though, when Don Brash pronounced that famous phrase, he certainly didn't have Simon in mind. Personally, I feel it was the best move. I, and others I know, could not have voted for a National Party with Simon Bridges as its leader. The nation seemed to be of the same opinion if the polls were anything to go by.

Looking from the outside, the problem with Simon was that he appeared to be a 'one-trick pony'. He will blame COVID and Jacinda's wall-to-wall media coverage for his demise, but that was simply the situation that exposed his shortcomings. "My job is to hold the government to account", and other variations on that theme, summed up Simon's self-professed mission. One commentator described him as a "yapping terrier" and that's pretty close.

My impression was of a school-room bully. The guy who, when another pupil gets called to the front, will stick out his foot to trip them up. At times it seemed as if it were the only tool in Simon's repertoire. For a short while there, as head of the COVID committee, it started to appear as if, in the midst of a national crisis, he was taking a more statesman-like role - pulling together for the common good. But, apparently, he couldn't keep it up and quickly reverted to his sniping, nit-picking, bullying tactics. The nation watched it, knew viscerally that they didn't like it, and told the pollsters what they thought.

Yes, Simon, you did need to hold the government to account. But it wasn't your only role, and there are many ways of doing it, aside from looking like the person everyone hated from school. Gone by lunch-time, indeed.