Looking on the positive side, these lock-downs have provided the opportunity to catch up on scanning the pre-digital photo archive and engaging in some present-day virtual travel. I find it quite fascinating to visit places that I photographed decades ago, to see what they look like today. Lock-downs or not, a 12,000-mile distance means this type of travel is best done on Google Street View.

This last week, three pictures from the mid-1970s, had me stumped. They were in a box of slides with pictures of Portugal and a couple of shots of a cross-Channel ferry, but I couldn't place them at all - they were certainly UK pictures, but where? I drew a blank at all the known ferry ports, and my memory was equally devoid of clues. The second two shots were clearly in the same town, but the first could have been anywhere. 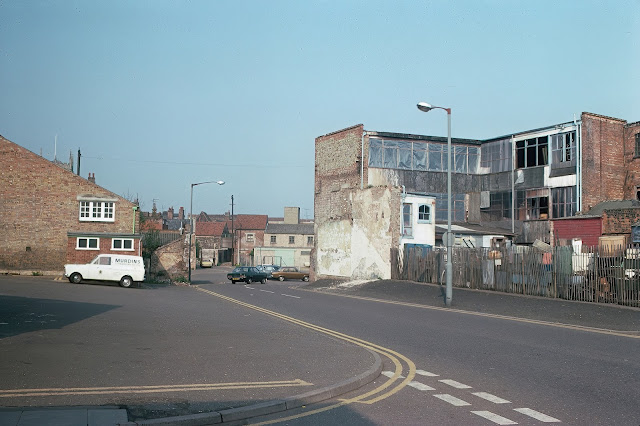 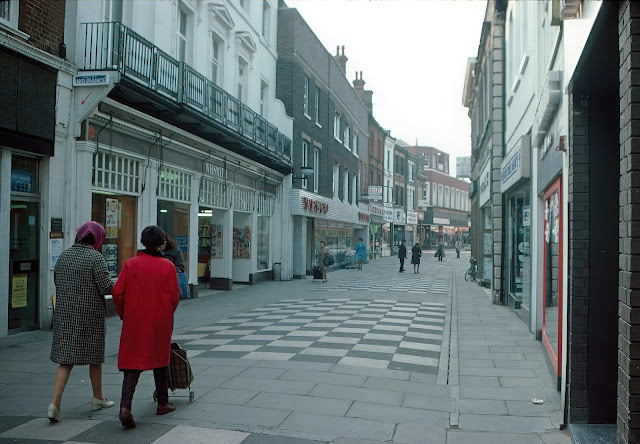 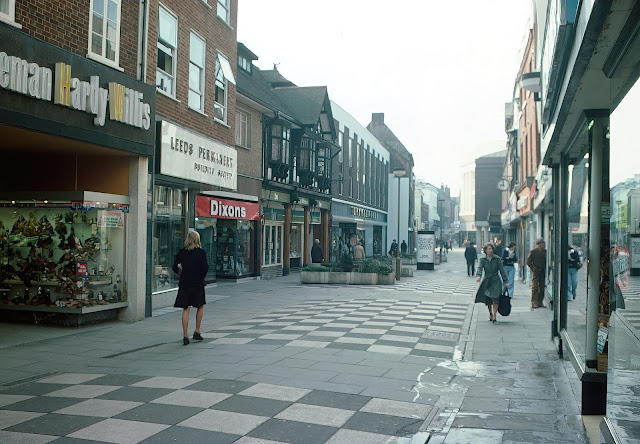 There was one clue - "MURDINS", sign-written on the side of the parked van. Google took me to the Companies Office and a typewriter repair company based in Kings Lynn. I couldn't recall ever having been to Kings Lynn, but it was worth a shot. After a couple of hours on Google Street View, I came up with these: 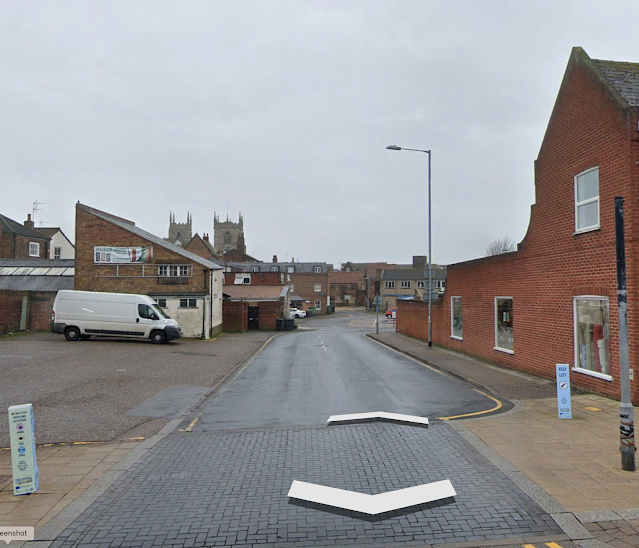 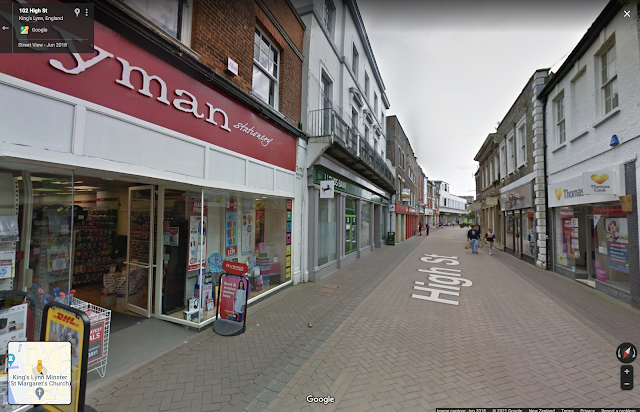 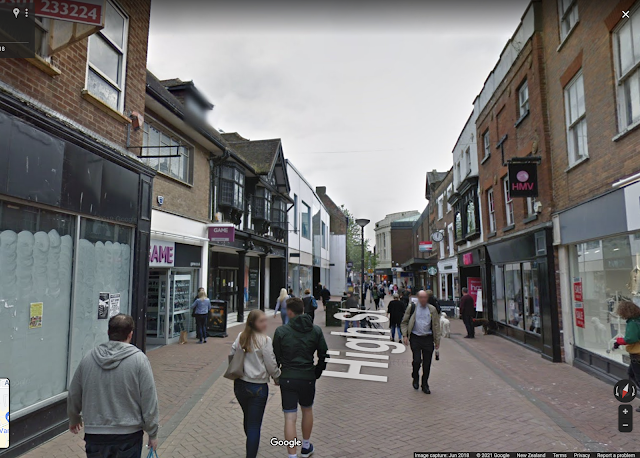 It would have been cool if some of those 1970s shops had still been in the same locations, and way too impossible that the modern, white, van could have had "MURDINS" written on the side, but I suppose that there's not much call for typewriter repair companies these days. Still, a nice trip down Memory Lane (almost literally, but without the 'memory' bit!)