This time-travel lark can get a bit addictive. It works like this - take an old photo from the archive, digitize it, then go search on Google to see what the location looks like today. 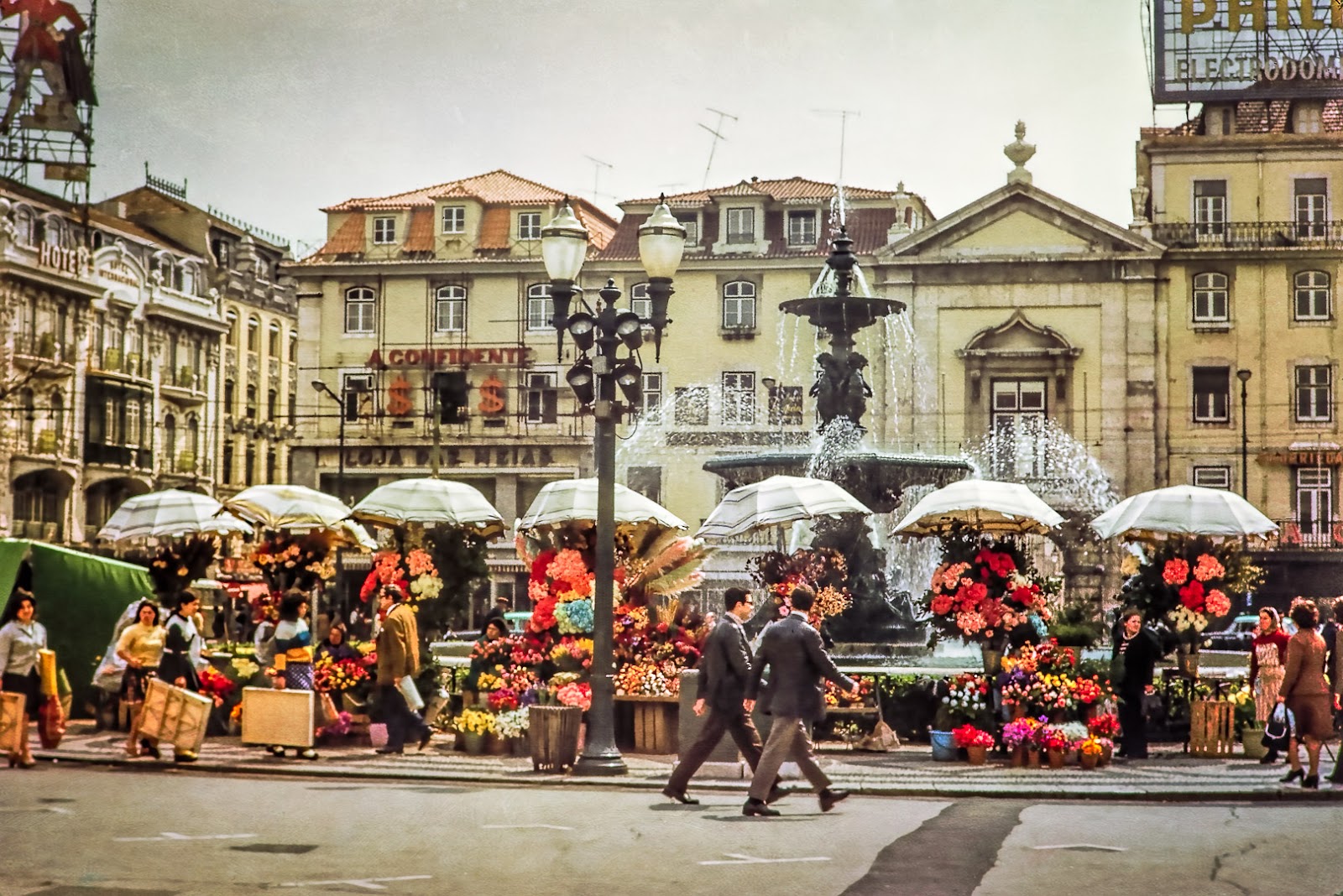 This one is from Lisbon (1974) - Flower sellers in Rossio Square. Today the square is almost unrecognisable. Gone are the neon advertising hoardings (visible in the top corners), the overhead tram lines are no more, the buildings have been spruced up and Rossio Square is now a large modern plaza with beautiful paving. See this picture. (My picture was taken from the centre of this frame facing towards the left.) 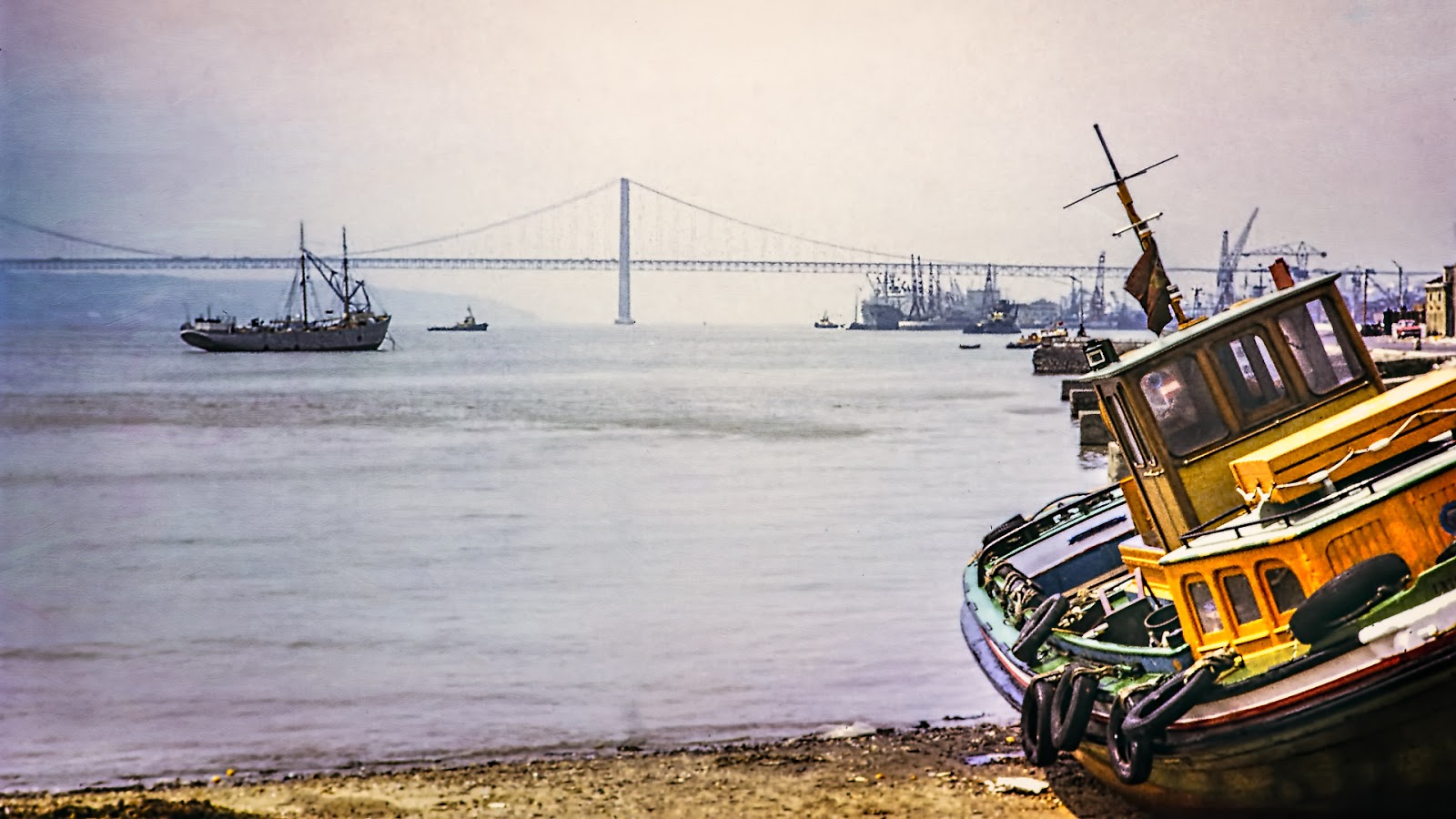 This is the port of Lisbon. In the background is what was then known as the “Salazar Bridge”, a 2.2km suspension bridge spanning the Tejo River (modeled on San Francisco's  Golden Gate bridge). Later it was renamed as “Ponte 25 de Abril” (25 April Bridge) to commemorate the revolution that brought democracy to Portugal and found my car surrounded by soldiers demanding that the Englishman get out with his hands raised. Interesting year, 1974.

Today, the spot where the boat is sitting has been totally redeveloped and there is no space for beached boats in the modern Port of Lisbon. Nor was I was I able to find a photo taken near the same spot.

Lisbon has not only benefited from the passage of forty plus years, but also from the transition from a dictatorship to a European style democracy. It is now a thoroughly modern city chock-a-block with cars, though it still boasts a few tram routes - but nothing like the huge network it had in the mid twentieth century. 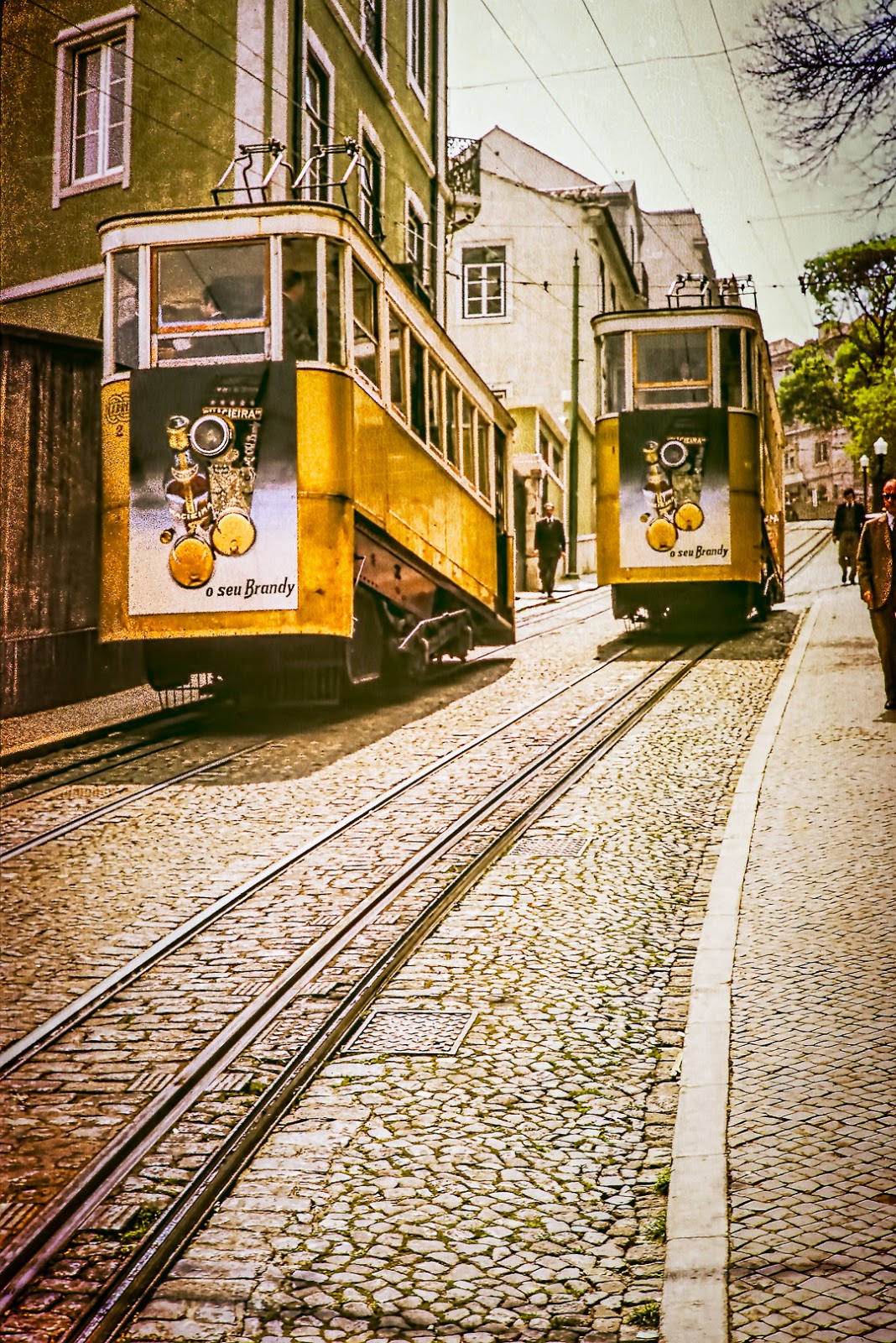