I was fifteen when Dr Who first hit the small screen. In true time traveller fashion, the Doctor has followed me through my adult life until, a week ago, I started watching the first Dr Who with a female lead. 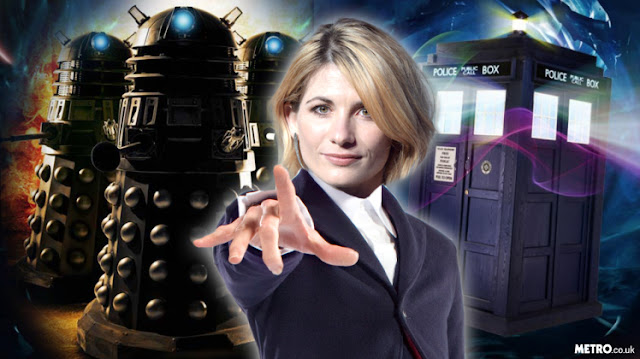 Perhaps, by the age of seventy,  I should have outgrown Dr Who but no, the new Doctor is just as captivating as it was fifty-five years ago. The basic formula is still the same; weird space monsters, death-dealing organisms from beyond your worse nightmares, and salvation through the trusty old sonic-screwdriver. The Tardis, somewhat surprisingly, doesn't make an appearance until the end of the second episode and, when it does, it has had a facelift fit for a new Doctor.

And new the Doctor certainly is. The combination of Jodie Whittaker as the Doctor and not one or two, but three, travelling companions (including Bradley Walsh) brings a new, more relational, dynamic to the series. It's as though the old techno-space-fantasy cake mixture has had a few more nuts and cherries added - not enough to be sickly, but just enough to add something special to the flavour.

I like it. It looks and feels very 2018 while staying faithful to the Dr Who heritage. That's not an easy thing to do, but the new series continues the legacy and maintains Dr Who's "cult classic" status for yet another season. Exemplary.
Posted by David Ford at 8:58 PM