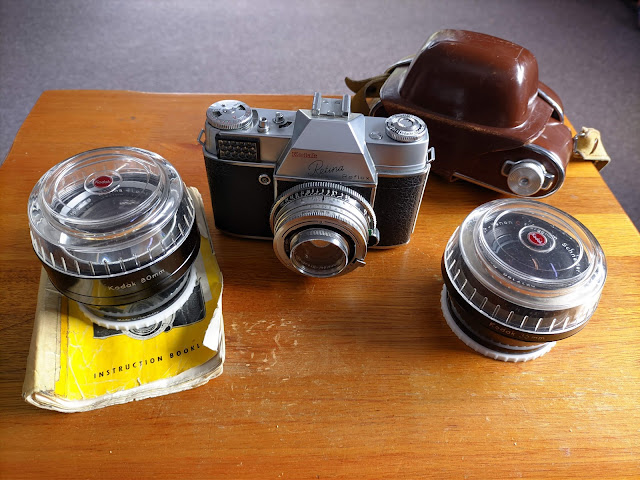 I'm a digital photographer. When it comes to technology, I have always been there waiting with open arms to embrace the new. I think I last shot film about twenty years ago when I started my digital journey with a sub-one-megapixel Kodak camera. But, when someone recently gave me a 1958 Kodak Retina Reflex in working condition, it caused a rethink. Now, some people extol the virtues of film over digital – they like the 'film look' or the experience of developing and printing film. I understand that. And, of course, to use a mechanical camera is to use film; but it wasn't the film that caused my rethink, it was the camera.

Whether mechanical or digital, the fundamental aspects of photography don't change. But, using a mechanical camera again, I realised that digital had distanced me from many of those fundamentals. With a mechanical camera, everything is in your face - from the weight of the camera (heavy) to the need to think carefully about subject, composition, light, juggling f-stops and shutter speeds, and dialling in a good focus. The sheer immersion in the detail of the picture-making process made me feel an integral part of that process – one with the camera and with the act of making a photograph. I had forgotten that feeling.
With digital, if I want, the camera can handle almost everything. My input is only necessary for the occasional circumstance when I needed something quite specific and different from what the camera will automatically provide. What is worse, subject selection and composition – perhaps the most important domain of the photographer -  has been demoted; digital allows me to shoot everything, any way I want, at no marginal cost – choices can be made later. Even Cartier Bresson's "decisive moment" has been reduced to a function of multiple frames per second. In a commercial context, these are all advantages for digital but, for the photographer, they began to look more like separation from the process and a limiter on personal growth and development. 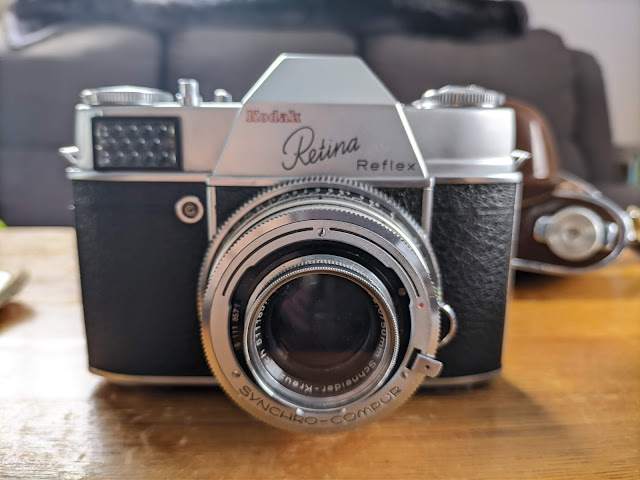 So, this old mechanical film camera requires me to become more a part of the picture-making process - to engage my brain and make several deliberate choices which will either make or break the picture. The pushing of the shutter release is a final commitment to all the choices made, in a way that it seldom is with digital. And I began to wonder if it isn't in the making of all those appropriate choices that a camera-user becomes a photographer? And, if that is the case, then how was digital making me a better photographer? Perhaps it wasn't, and perhaps that is what is behind many photographer's fascination with the next best camera - some of us have needed to get better cameras because our cameras aren't helping us to become better photographers.
I'll keep shooting digital (because, convenience) but I think I might just have found a very good reason to also shoot film, in a camera that requires no batteries. Definitely retro-mechanical.